The lessons to be learned from the world of hotels

There was a time before the financial crisis of 2008-09 when the phrase ‘opco/propco’ was all the rage. 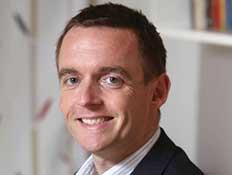 The idea was that significant value could be unlocked from certain businesses by separating their underlying real estate from the operational aspects and exploiting an arbitrage between how property investors and general equity investors would value the property assets. The list of disasters that ensued in sectors such as healthcare and pubs suggests the experiment failed, but I think there’s a bit more to it than that.

One sector that has split property and operations and seems to have got it about right is hotels. Although they could be viewed as fundamentally property businesses, relatively few of the big global hotel brands own much, if any, of their real estate.

Take Intercontinental Hotels, for example: after its demerger from Six Continents in 2003, it proceeded to sell almost all its estate over the next few years, returned over $10bn (£6.34bn) to shareholders, retained management of the hotels and then grew dramatically through franchising and management arrangements. Shareholder returns over the next 10 years were exceptional.

So why have things worked out so well in hotels but so badly in other sectors? I think the answer is relatively simple. In hotels, the shift was underpinned by a fundamental understanding of the value of brand and how this can drive sustained improvements in profitability over time. Downside and upside risks are shared between the freehold owner and the hotel operator via profit sharing and incentive arrangements.

With the failed opco/propco experiments of a decade ago, things were driven by a desire to maximise up-front value/cash and little or no thought was given to the sustainability of the residual operating businesses saddled with huge lease liabilities for the long term.

The distinction may seem unimportant, but I think it is actually quite instructive - the successful hotel deals were unquestionably viewed as the latter, the more problematic healthcare and pub deals the former. Whether the opco and propco are split or not, the value of a service brand in driving value should never be underestimated.

It is with these different models in mind that I look at what is happening in the student accommodation sector at the moment, where £4bn has been invested in a £20bn sector in the first half of 2015 alone.

Some investors are appointing third-party managers to run their assets as facilities management providers and letting agents, some are developing their own platforms, others seem to be hedging their bets.

Only time will tell which approach works best, but I suspect if your view is that it is essentially a property business with a bit of operations attached you are in for a shock. As the sector matures, student accommodation investors could do a lot worse than look to the hotel world for inspiration.