The not-so-hard reality of Brexit

You cannot expect to become what you need to be by remaining where you are, according to Zig Ziglar. 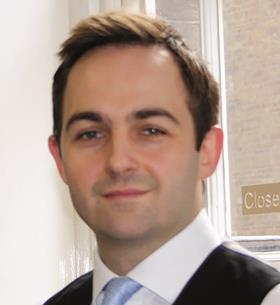 Not so for many of my fellow countrymen, including many in our industry following the EU referendum vote. Yet despite many negative voices, business appears to have largely carried on much as before.

On the residential front, the data suggests that the number of properties for sale has not changed since before the vote. In fact, the average listing price has, if anything, crept up slightly.

In residential development, I have been approached by a new developer start-up (led by three directors of listed housebuilders) for funding.

It speaks well of the strengths of the underlying economy and residential property market that such experienced operators are looking to set up shop now (and walk away from six-figure salaries). Their timing may prove to be perfect because with fewer ‘frothy’ bidders they can pick up some sites at more sensible prices.

An excellent barometer of the health of the property market is the auction room. Allsop’s first post-vote sale achieved an 84% success rate (66% above reserve against 64% in May), which is a strong performance in any market.

We have already seen several £100m-plus deals transact at solid prices since the vote. Not that the market wasn’t due a correction; if anything Brexit has provided a watershed for the market to readjust to a new level of pricing.

I recently had lunch with an industry veteran; an entrepreneur with 30 years’ experience. He remains hungry for unconditional sites, with care operators, private rented sector operators and student housing end-users banging at his door for more stock.

Additionally, my agents tell me that there are leasing deals now closing in the M40 corridor that had been held back because of the vote, and owner-occupiers in the M4 corridor are still very keen for properties. 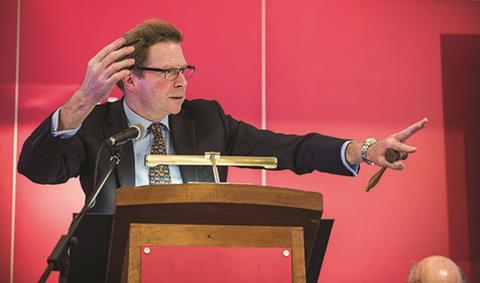 Auctions are considered the barometer of the sector

With regard to the City office market, there could be some fallout if access to the single market is not achieved in the negotiations to leave the EU (I would be very surprised if the UK does not manage to partly achieve this).

Most likely, such fears will be overblown, with numerous financial firms having already committed their futures to London. There is some evidence of the occupier market coming back to life, with one agent telling me he has rarely been so busy with viewings.

I co-own a specialist lending platform, lending to property entrepreneurs. Brexit has been remarkably beneficial for us - many lenders in our space have had their funding lines pulled and can no longer honour offers made before the vote.

We (and other privately funded peers) have seen enquiries nearly double as brokers look to place loans with us instead. We have found that we can now offer slightly less leverage than we had to before, which is good news.

Given the strength of the dollar, US companies and investors are already looking to get further into the UK market, through property and corporate acquisitions. The timing may be coincidental, but Boeing recently announced that it would be creating thousands of new jobs in the UK.

And while some consider it the equivalent of selling the UK’s family tech jewels, Softbank’s £24bn acquisition of ARM Holdings (and commitment to hire yet more people in the UK) indicates that predictions of a post-Brexit apocalyptic economic wasteland were misplaced.

Hopefully, the certainty and stability brought by Theresa May’s appointment as PM should now restore some confidence to markets and the economy.

As the Bank of England is looking to provide additional QE and potentially lower interest rates, that will have a further positive effect on asset values and eventually the real economy. With yields softening just a touch, now might just be a good time to buy property.