The property industry can help make devolution a success

Three weeks ago, 38 combined areas submitted devolution bids to the Treasury. Manchester already has a multibillion-pound devolution deal in place. 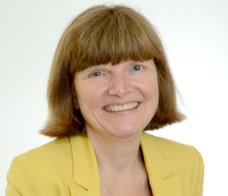 In a little over three weeks, the Cities and Local Government Devolution Bill will have its second reading in the Commons.

A significant transferral of powers from Whitehall is on the agenda and the British Property Federation (BPF) believes devolution, if taken forward correctly, has the potential to be a driver of growth for our sector.

We want to ensure the property industry is best placed to make the most of this opportunity and as such we are keen supporters of Lambert Smith Hampton’s £15,000 Enterprise Award, which seeks innovative ideas on how to make best use of the newly devolved powers. We have also been speaking to our members and recently held seminars across the country to hear their views.

At a national level, the focus has inevitably been on the common threads in devolution bids. Most of the submissions to the Treasury included plans for greater local control over housing. But one thing that is always interesting when we speak to our members is the way in which each individual city approaches devolution and attracting investment. For example, in Bristol, stakeholders are eager to position the city as a hub for creative and tech industries. Their focus is on attracting start-ups, building on the advantages offered by links with great local universities.

Liverpool, in contrast, is focused on the leisure and industrial sectors, looking to capitalise on the success of Grosvenor’s Liverpool ONE scheme and the Liverpool2 port development.

This is a smart approach, reflecting that of many local enterprise partnerships (LEPs). The devolution agenda is sharpening minds about what distinct advantages each city can build on. This kind of strategic approach is exactly the sort of enterprising thinking that we hope will flourish under devolved authorities.

Inevitably, some people are wary of the disruption that any significant regulatory change entails. The evolution of the devolution agenda, however, may provide some reassurance about both the level of disruption new local authorities will bring and the benefits that may result.

LEPs grew up five years ago as government and local officials recognised that the existing regional development agencies covered too wide an area to best meet their aims. The emergence of 39 LEPs, bringing together both public and private figures, has proved effective. In many ways, the current round of devolution bids, based on combining neighbouring authorities and encouraging tailored solutions to local issues, can be seen as building on the LEP Network’s success. That means the move towards combined authorities should feel like a logical development rather than a radical change of tack. Moreover, the success of LEPs hints at the impact more powerful combined authorities could have.

One challenge in delivering sustainable economic development is matching suitable locations with the availability of skilled workers. By co-ordinating with private developers, employers and colleges, this is one area where more forward-thinking LEPs have had success. If devolution grants local authorities greater powers in related areas such as housing, multiplier effects should mean the economic gains for local communities could become very significant.

Clearly this is a best-case scenario. There is plenty of negotiation and planning to be done yet. But on this issue more than ever, now is the time to be ambitious. The property industry has huge expertise to offer to ensure devolution is a policy success. With a little creative thinking, we can make sure devolution acts as a catalyst for investment and prosperity for UK communities.

Melanie Leech is chief executive of the BPF. She is also a judge for the Lambert Smith Hampton Enterprise Award