The residential sector’s cloud has a silver lining

Just as rain fell on the real estate professionals gathered at the Mipim conference in Cannes last month, so clouds seem to have gathered over the UK property market. 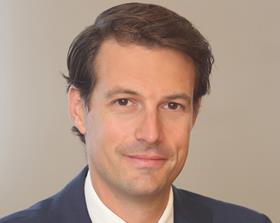 Personally, though, I believe more sunshine is just around the corner, hiding behind the clouds of the Budget and a potential Brexit.

George Osborne’s 2016 Budget contained a lot of news for the real estate sector, but for residential the main headline was that large-scale investors have not been exempted from the 3% stamp duty land tax surcharge applicable to owners of multiple homes.

We were disappointed and surprised, but I am sure that the light shower will pass and the true value of the sector will carry through.

For the British public, the private rented sector (PRS) offers a much-needed potential source of housing, while for institutional investors it still retains the potential to generate a strong and defensive income stream diversified from other property types and asset classes.

The new tax rules are likely to further increase the appeal of forward-funded PRS developments. These investments will incur lower tax bills compared with buying existing assets (due to the new stamp duty levy being based on the lower pre-development land value). As a result, I think we will see more partnerships between traditional housebuilders and institutional investors, such as M&G Real Estate’s partnership with Crest Nicholson.

Taxes aside, my company believes forward funding is one of the best ways to access the PRS market as it enables us to create buildings designed specifically for rent, thus making them better suited to occupier needs and easier to maintain.

In terms of property prices, the Budget may well have some of its biggest impact in central London, where prices are higher (so the levy will be greater in monetary terms), and where many properties are owned as investments.

The other ‘B’ word - Brexit - also has the potential to affect the capital. Some investors are already choosing to delay investments until after the June referendum on Britain’s EU membership.

An exit is generally seen as bad news for the financial sector, and for real estate. However, residential may well prove relatively resilient once the dust settles.

While there could be some negative spill-over effect from changes to the City of London’s financial and business landscape, we could also see a pick-up in rental growth as more people choose to rent at a time of economic uncertainty. From an investment point of view, it is possible that we may see dampening in appetite for UK PRS from some international institutions.

Indeed, taken together, the combined effects of the Budget and Brexit uncertainty could reduce investment flows into residential in the short term. For us, though, that would come with a silver lining - less competition for the best opportunities!

That opportunity remains sizeable, and I firmly believe that most institutional investors will continue to find the case for residential compelling. Back at rainy Mipim, I addressed a packed room at the launch of Westrock’s new PRS portfolio. As I said then, three or four years ago such a launch seemed inconceivable. The sector has come a long way in a short period of time, while proving its potential to deliver a strong income and total returns. Institutional investors work for the long term and - at least as a group - are not afraid of a few clouds or even raindrops.

Alex Greaves is head of residential at M&G Real Estate