The rise of international luxury – retailers must be ready 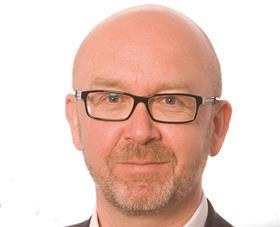 The size of China as a global purchasing powerhouse gives it an authority that is impossible to ignore. Fluctuations seen recently in the Chinese stock market, and the slowdown in its economy, have led to nervousness in many sectors, and one area currently under the magnifying glass is the luxury industry.

Chinese consumers now account for 30% of global luxury spend, and much of this spend takes place overseas. The evolution of Chinese spending power has taken place in the blink of an eye and the influence of the Chinese shopper has brought significant change to the luxury market, notably through shoppers’ growing preference for buying items closer to their spiritual home - whether it’s Chanel handbags in Paris or Gucci shoes in Florence.

As a result, retailers are realising that they perhaps no longer need such extensive store estates in China, but they do need to be more capable of meeting the needs of Chinese customers venturing to Europe and elsewhere. It is now becoming de rigueur to accept the Worldpay payment system, as well as offering store staff who speak Mandarin and have an affinity for the Chinese shopping culture.

In London, this approach has been taken to heart by many retailers in Bond Street and in some of the luxury department stores. Harrods has taken Worldpay for years and offers store guides written in Mandarin.

In fact, it is rare to find a luxury retailer on Bond Street that does not cater to the Chinese consumer. With such a high proportion of spend coming from one group, why would this not be a focus? It would be more interesting if the retailers were turning their back and looking for the turnover from traditional consumers.

Do luxury retailers have more to learn from the mainstream brands? I would argue that many could achieve more in the area of customer profiling. Clearly we’re not talking about giving out loyalty cards; however, Chinese consumers want to engage with the authentic brand experience, and luxury brands could create opportunities to capture additional data about their customers and use it to generate experiences that make them feel that bit more special.

As wealth spreads more evenly across the world, and with Africa and India surely the next to follow in China’s footsteps as major sources of luxury spending power in Europe, we are likely to see their retail purchasing continue to take place overseas. In 2014, Nigerian visitors to the UK increased their retail spend by more than 50%. They are now the fifth-biggest spenders in London, purchasing on average four times as much as the UK shopper. It is no longer enough to have Mandarin-speaking staff; those with a grasp of Yoruba are also in high demand.

The luxury segment has a unique opportunity to make its best and most innovative operators a lot of money. It will be interesting to see which brands grab this opportunity with the greatest alacrity.