The Tories’ troubles are nothing compared with Labour’s

Writing this on Sunday for publication after Wednesday’s Autumn Statement and not having a crystal ball, I don’t yet know how George Osborne will have unpicked his last Budget’s approach to working tax credits, but I guarantee he will have done so, not least because of pressure from his own side. 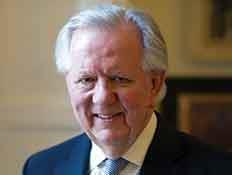 But we should not forget that he was right in principle. Tax credits were a Gordon Brown invention, and, like so many of his outpourings, were wrong-headed from the start. A scheme that cost £1bn in 1999 now costs more than £30bn. It offers up the nonsense of low-paid workers paying tax then receiving benefits. As Osborne pointed out in his Budget, it subsidises employers who pay low wages that are then topped up by taxpayers. The system should go. The question is not whether but how and when.

The Tories have other troubles of their own, what with juicy scandal over rogue activists and allegations of blackmail, pimping and entrapment filling the tabloids, not to mention the continuing row over Cameron’s EU-reform shopping list, derided by many as feeble and inadequate.

But whatever other quality our prime minister possesses, he is, without doubt, lucky. For who could have foreseen the comprehensive collapse of his principal opponents within weeks of electing their new leader? The Labour party is being torn apart and shows no sign whatsoever of being able to stop the rot. Jeremy Corbyn is the gift that keeps on giving where the Tories are concerned and it can surely only be weeks before at least one of his shadow cabinet walks away in disgust. The revolt against him among his MPs is very real, very public and very unpleasant indeed.

Commentators have pointed out that while even his own supporters did not think Jezza could ever make it to No 10, the fact is that he won the leadership by a very large margin and Labour have historically found it very difficult to remove leaders unless they can be persuaded to walk. The mood I’m picking up now has changed considerably. Now there is talk of Corbyn himself feeling physically exhausted, mentally battered and emotionally drained. In his entire 32-year career in the Commons, nobody has ever taken the slightest notice of his off-the-wall views.

But he is now their leader and what he says matters. Stuff he never thought would see the light of day is now front-page news, and far from emerging as a decent man who says what he thinks, he is having to defend himself against accusations of naivety and wrong-headedness and almost every time ends up disowning his past. Even those who supported him for the leadership are losing faith.

It may not be long before he simply admits the job is just too much for him and resigns. But where does that leave Labour? Probably with a compromise candidate like Hilary Benn as interim leader while the saner elements of the party work out how to ensure the recent membership who swung the last ballot so overwhelmingly Corbyn’s way can be sidelined.

That won’t be easy. His svengali, Ken Livingstone, is no stranger to nasty in-fighting. For the man who deposed Andrew McIntosh as GLC leader, Corbyn is the leader he has always wanted and he will do whatever it takes to keep him in office. He will argue that a democratic party cannot expel members simply because they want to elect another party member as leader.

After May’s election there were those who said Labour was finished. I was genuinely sceptical. But now I do wonder whether this party can ever recover from the combined efforts of Ed Miliband and Jeremy Corbyn. Labour’s decline could so easily be terminal. With enemies like these, David Cameron is a lucky man indeed.