There is such a thing as responsible capitalism

Never has an event transcended the property market so vividly, yet at the same time provided the opportunity to craft a more cohesive and enfranchised society. 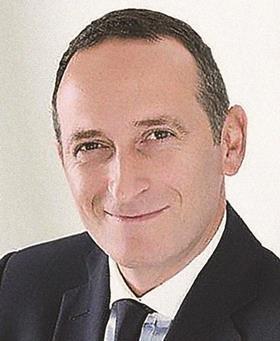 I feel compelled to write about Brexit from a social perspective.

Whatever you think about the UK leaving the EU, it is certain to be a watershed moment that will define our nation’s future. A glaring snapshot of UK society today.

The gap between the haves and the have-nots has to be addressed. Proponents of globalisation must acknowledge that technocrats made mistakes and ordinary people paid the price. Elaborate financial instruments baffled regulators and crashed the world economy resulting in tax payer bailouts of banks and austerity cuts.

Brexit is a cry of fury from those who have borne the burden of globalisation and European integration without benefiting from their advantages.

Britain is now two nations with the gap expanding. The rift between ‘cosmopolitan’ and ‘backwater’ locations has grown since 1997 as a result of everything from immigration and equal opportunities to national identity and trust in big business. This is exacerbated by the paradigm shifts in British and global politics. We’re no longer demarcated by Conservatives versus Labour. Increasing far-right extremism, left-wing socialism and Trumpism are leading to social unrest, political instability and a desire to overthrow the ‘establishment’.

In Property Week’s recent analysis on Brexit’s impact on housebuilding, Adam Branson noted: “The message was unambiguous: ‘No more Polish vermin’ read the flyer shoved through letterboxes.” Of course not all Brexiteers are xenophobes but Brexit has legitimised and emboldened them. There’s been a 500% reported increase in hate crimes, which is inextricably linked to views around immigration and Islamic fundamentalism. Within the opaque quagmire of the have-nots’ frustrations, it’s impossible to delineate where malice ends and legitimate concerns begin.

Prejudice breeds fear and mistrust, destroying the social environment required for cohesion and enfranchisement. I chair the Anne Frank Trust, a UK wide non-denominational charity dedicated to creating a safe society free from all forms of prejudice and discrimination. Tackling this issue is a critical component in successfully bridging the gap.

I’m not a socialist - I’m a raving capitalist. I love enterprise. But selfishly unless we bridge this gap I fear for the future and those people and values I hold dear.

Responsible capitalists can make a difference by supporting NGOs that tackle contributory causes, and as an industry by investing in lower socio-economic locations, creating employment and prosperity. Of course, government has a huge role to play in ensuring sufficient funding for key public services and there’s room for more joined-up thinking around this.

Would Anne Frank have been a responsible capitalist? We’ll never know, but her diary entry on 26 March 1944 gives a clue: “How wonderful it is that nobody need wait a single moment before starting to improve the world.” We do have that chance, so let’s grab the responsibility with all our might.

Ultimately, we will all be the beneficiaries.