Timing is right for further office development in central London

We are living through a period that, in economic and possibly property terms, may well prove to be unique in our lifetimes. 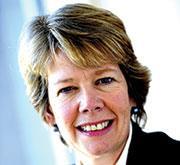 Bank of England interest rates are at 0.5%, a 400-year historic low, inflation is exceptionally low (0.5% in the year to December) and may even go negative, while economic growth is marginally above its long-term rate. The latter statistic may not sound too impressive, but it is certainly much better than that being experienced by most of our European neighbours.

Still, despite the current exceptionally good returns, one senses a nervousness in the markets. Inflation is not the risk, but deflation certainly is, particularly for our European trading partners. To quote FT columnist John Authers, “we are in the grip of a deflationary scare and that is affecting all asset classes” and “nothing else at the moment is more important” (13 January 2015). Even if we do not share the deflation of the eurozone, it appears that inflation is going to stay exceptionally low — that is, exceptionally compared with the historical rates — for a long time. That is certainly not something of which we have had much recent experience.

No rise in interest rates

This means interest rates are not going to be rising soon: our forecast is for the first rise in 2016, but some economists are now talking of 2017. Even then, the rises are expected to be modest. That is depressing longer-term interest rates, so that the cost of debt capital is low. In addition, the cost of equity is falling and has, indeed, been falling for years. Unless yield falls are accompanied by a rise in the long-term rental value growth — an expectation that we think is very difficult to support — the returns on property are going to be significantly lower in the future than they have been historically.

This is true of the majority of the market, but our expectations are that the polarisation between prime yields and secondary yields will be maintained and, in some cases, will actually expand. There is scope for prime London office yields to fall to unprecedented lows. In part, this would be a reflection of the rising eurozone risks and the uncertainties posed by events such as the UK elections due in May of this year, which some commentators believe are unprecedented. This is back to a ‘flight to safety’, but is a far from irrational position, and also represents a shift in market pricing perceptions, which is likely to persist even in the future, more stable environment.

For the most secure-income property, the investors might be willing to accept a real return of not much above zero. That might be a shocking thought to most property investors, but achieving a return of capital may be considered a success when risks are high and, even when they reduce, such requirements may become embedded in the system. Indeed, the returns from central London offices have, over the long term, not been very positive in real terms anyway. To a large extent, this was concealed by previous relatively high levels of inflation — so the nominal returns were good. Now, however, the tide is going out.

To be clear, the UK economy is not in recession and there is no obvious scenario where that could become a significant risk in the medium term. GDP growth may be rising quite strongly, but we have only just surpassed the pre-recession peak and this does not look like a potential boom/bust scenario. Businesses are generally in good shape, and while household earnings have fallen in real terms, they are securing an even greater proportion of the growth in the GDP cake. For as long as I can remember, economists have argued that this trend needs to, and will, reverse. But, so far, there are no signs of that happening. Businesses can afford the rents.

Given that, and two other core drivers, we believe that the time is right for a further wave of office development in central London. The first factor is that businesses are increasingly having to compete for skilled staff. While this means paying the right salaries, it also means providing the right accommodation in the right location. Location will become increasingly important in a city where the population is expected to grow by over 12% in the next 10 years, and which will have a corresponding effect on the transport network.

Second, our modelling of this market suggests that low inflation will cause obsolescence of the existing stock to accelerate. Again, location will be the only significant factor to act as a counter, with the potential for rising land values. Development will be the facilitator of this acceleration of obsolescence — there is no depreciation without a substitute — and gaining exposure to development activity will help offset losses in ageing properties. The medium to long term will, we believe, see more asset management, and more trading, to help position portfolios to cope with this evolving environment.

It is perhaps fortunate for the other players that the major REITS have largely come to the end of their current development programme and they are not going to be providing the sort of new competition that the market might otherwise expect. Their initial timing was good, and there are some real success stories, but they had apparently anticipated a downturn by now, rather than the pick-up in tenant demand that is actually occurring.