The first quarter of 2016 left investors with plenty to think about. 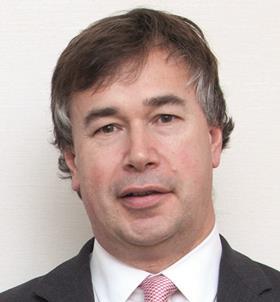 The property market has avoided the volatility other financial markets have seen, but it is a difficult setting in which to make decisions. The best advice I have heard recently on managing volatility is to look less frequently at portfolio valuations.

On the immediate horizon is the referendum on European Union membership, which will take place on 23 June.

The campaign has now reached half-time, and I am not sure either side of the argument has yet put the ball in the net, if opinion polls are to be believed. So it does not say much for the influence of, or trust in, our political leaders that the Conservative government, Labour, Liberal Democrats, Scottish and Welsh Nationalists, Greens, Official Ulster Unionists, Sinn Fein and SDLP are all campaigning for the UK to remain in the EU.

The consequences of leaving, as spelled out by the government, seem compelling reasons to stay - so much so that you wonder how a case to leave could have been made by the prime minister even if he had not won any concessions. The ‘outers’, in my mind, should have to do more than park the scare-tactic propaganda bus in front of their goal to keep it safe. However, many games have been won with little of the possession, and therein lies the problem.

Until it is clear what the result is going to be, the market is only going to operate at walking pace. Cautious investors are unlikely to take a gamble and be caught offside - especially in London, where the consensus is that the market has most to lose from a Brexit. However, if sellers outnumber buyers over the next few weeks, those buyers prepared to be as brave as a mouse may rule the world and pick up a bargain (those who watched the Grand National earlier this month will know what I mean).

The reduction in transactional activity could of course be influenced by other factors that may stretch beyond the distraction of the referendum. Negative flows in retail funds are a leading indicator of changing sentiment, as are the discounts to net asset values in some of the large property stocks. The number of underbidders on transactions has also declined. However, the paradox is that property fundamentals remain in investors’ favour, with many markets seeing low levels of supply, and rents on an upward path.

Interest rates also appear to be set at record low levels for some time to come. It is probably a good time to fundraise as this has the appearance of a potential buying opportunity rather than a prolonged end-of-cycle meltdown. Real estate investors should look through the short-term noise.

To return to the football analogy, investors have suffered a studs-up challenge by the chancellor worthy of at least a yellow card. Increasing the top rate of stamp duty to 5% on commercial property is a tax on market efficiency and a raid on pensions, which are of course big owners of bricks and mortar. 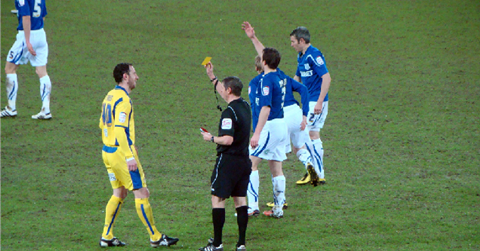 With the expected low growth/low return outlook, this is going to make it more difficult for funds to justify moving their assets around to modernise their portfolios. The only clear winners (other than the Treasury if it produces a higher tax yield) are charities, which are exempt from stamp duty land tax, and can now buy the market 1% cheaper.

On a relative basis the listed investment trusts are clear winners over unit trusts, which now have even wider dealing spreads to contend with. It will be interesting to see whether the growth in investment trusts holding alternatives (including property) recorded by the Association of Investment Companies is given a further boost as a result.

One market that hasn’t really had a chance to get going is the private rented sector (PRS). I launched in 2000 one of the first institutional PRS funds. It was 15 years early in terms of getting investors to support the sector but possibly spot-on from a return perspective.

Given the challenge to produce decent returns from today’s values, the PRS needed the 3% second-home stamp duty premium like Leicester City needed Jamie Vardy’s red card on 17 April. It seems a massive own goal in the mission to get more houses and flats built.

Maybe the same policy objective could be achieved if the premium was excluded from assets that had a planning condition restricting the use to long-term PRS?

All in all there is plenty to muse on from Q1, but much of it not amusing for UK property investors.