There will be numerous commentaries on the consequences of Brexit and an inevitable overreaction in the short term driven by market speculators. 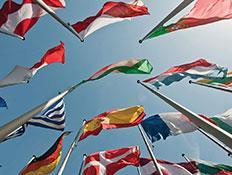 This has probably not been helped by the fears expressed by the leaders of the ‘remain’ campaign and many economists in the run-up to the vote.

But let us pause for a moment and consider what the UK has actually voted for. It has voted to take back control from an “ever-closer union”, which the more inuential forces in Brussels have been pushing for years, with the Euro project being its flagship.

This view is shared across the populace of many European countries. The project started as a freetrade agreement where the benefits of collaboration were obvious, clear to see and widely supported.

The UK as a whole has rejected the federalisation model of a United States of Europe. It has not rejected working closely with our European friends on trade deals; it has just decided to treat Europe the same as every other country in the world that wishes to engage in trade for the mutual benet of all.

The UK has not rejected sensible immigration from around the world, the encouragement of free trade between countries and working together to achieve common goals. The UK has just rejected the federalisation model, preferring instead to govern itself and be more fleet of foot in negotiating trade deals with our more natural free-trade ideals compared with some elements across the Channel.

So while in the short term there will be inevitable uncertainty and a cautious approach will be taken by companies in their decision-making, in the long term it will become evident that there is continued mutual advantage for companies and institutions throughout Europe to work with their counterparts in the UK on a sensible forward path.

So the medium- to long-term outlook should be fine. Indeed, it will almost certainly improve from the uncertain situation that has existed during the first half of 2016.

We have a difficult short-term period to negotiate trade agreements and for the markets to return to a balanced equilibrium, but the basic underlying principles of our economy have not changed.