Volumes and values – a London bubble ready to burst?

The spectre of a London real estate investment bubble and bust scenario. 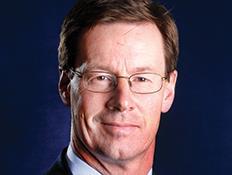 Whether you are in commercial or residential, and especially if you are based in London, you will almost certainly have participated in at least one discussion about the London real estate investment bubble in recent months.

Booming London residential prices. Commercial investment yields at an all-time low. Increasingly frenetic real estate lending activity. Sounds rather similar to the market of seven or eight years ago? Just when we thought we were finally emerging from a prolonged economic recession, suddenly the spectre of a bubble and bust scenario might not be that far away.

It is very easy to predict an unhappy outcome from real estate market excesses, but in the current climate Armageddon is more difficult to foresee. Although there are problems and potentially negative consequences, it is hard to imagine that current exuberance is excessive enough to cause a major crash, as opposed to relatively un-seismic localised corrections.

Prime has become super prime with double-digit annual increases and £/sq ft values to match. Swathes of off prime central London are being redeveloped and sold internationally at values beyond the reach of domestic London dwellers. With the bulk of occupiers having a budget at significantly below £1,000/sq ft, younger domestic buyers are now exploring the potential of Colliers Wood and Colindale, unable to scale the new heights of Clapham and Camden.

While it seems inevitable that £1,000+/sq ft developments will eventually suffer from some international investor withdrawal, the effects on the market as a whole are likely to be limited to a period of stagnation and problems for a few over-extended developers. A continued excess of genuine occupational demand over supply will maintain prices and suburban value growth unless there are dramatic rises in interest rates.

Falling yields have been driven by international investors, but among institutional investors it is more usually a strategic diversification of their portfolio internationally - and in a balanced international portfolio, London is a “must buy”. In addition, gilt yields have been at record lows both due to quantitive easing and the growth of liability matching investment strategies. With an increased regulatory capital burden on equities, real estate yields and income growth potential also look good value on a relative basis. And even if interest rates rise, these equity buyers will suffer less relative to other asset classes and, generally, real estate looks like a reasonable each-way bet.

From a very recent famine, competition has emerged for the best lending opportunities, particularly for loans secured against London property. As a result “best” interest margins have fallen from c.275+ basis points to c.150 basis points over an 18-month period. Faced with this, some lenders, particularly the debt funds, are now being forced up the risk curve in terms of LTV and development financing. Notwithstanding this, most lenders’ maximum LTV is around 65% and there is still virtually no speculative commercial financing. 150 basis points margin is for low-risk loans only and still a long way short of the average longer term prime margin of c.100 basis points and a pre-crash market prime margin as low as c.50 basis points, when regulatory capital requirements were laxer than today.

One should also recognise two further realities. The first is that major real estate crashes have almost always been preceded by long, above-average periods of strong growth in lending volumes and risk - we are a long way from that point. The second is that large interest rate rises are unlikely to happen, not least because the over-borrowed Bank of England/government will wish to avoid the combination of an excessive interest bill and a reversal of economic growth.

Outlook for London? Potentially the odd shower or occasional prolonged period of rain, but economic storms and tempests (and Armageddon) are looking some way off.