We all must be climate radicals

When we were looking for a city to host last month’s inaugural CREtech Climate Global Leadership Summit, we wanted somewhere that reflected the ambitions of our attendees, who were global real estate sustainability leaders and tech pioneers. 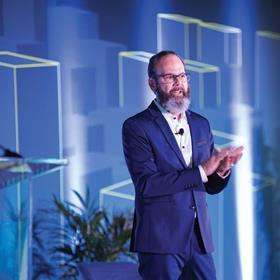 We didn’t just want a pleasant backdrop to the meeting of minds we hoped the summit would be; rather we wanted it to be an inspiration in itself in our mission to decarbonise the built world. We wanted people to look out and think: “This is great; how do we bring these innovations to our communities, and how do we go even further?”

That’s why we landed on Copenhagen, one of the world’s most sustainable cities – and, according to JLL research released in April into decarbonising cities and real estate, a trailblazer and a model for our urban realm across the globe. This is all the more important when you consider that, according to the UN, 55% of us live in cities. By 2050, it will be 68%, and 85% in 2100.

In its research, JLL found that on average, buildings account for 60% of overall emissions in cities. In London, the figure is 78%. If there was any doubt that the real estate sector has a monumental responsibility in tackling the climate crisis, it is long gone.

And yet JLL refers to London as a climate-progressive city because it is “catching up fast” with what it terms trailblazers, such as Copenhagen, Amsterdam and Vancouver, and is mapping out its path to net zero in a clear way.

Climate-progressive cities are obviously hugely important as we tackle the greatest challenge humankind faces. But being progressive isn’t enough. We can’t tinker around the edges. The only option for us is to be radicals and activists.

The biodiversity and carbon capture urban greenery brings, along with a host of other benefits, is undoubtedly important. It also makes for a great picture for Instagram and an attractive ticked box in a listed company’s annual report. Green is good, but too many people in power are using it as a way of doing the minimum – and just for the social media ‘likes’.

We cannot wait for them to solve the crisis – the incremental steps they take are not enough.

We need to turbocharge how we use technology to tackle the climate crisis.

The tech sector is what will make the biggest impact: innovation – and there’s a lot of it out there – and investment into it is what we need to save the planet. Fortunately, there’s a lot of brilliant start-ups and established players driving change in the proptech and climate tech sectors, who recognise the role they have to play in the decarbonisation of the built environment.

However, we need more innovators and disruptors in real estate. We need the developers and investors who talk about ESG as a priority to put their words and pledges into action, and put their money into technology that enables them not only to do better for the planet, but to perform better as businesses.

In her keynote speech on real estate design at CREtech Climate’s Global Leadership Summit, Juliette Morgan of Gensler told us humans needed to stop doing stupid sh*t. She was spot on. But we also need to do more to recognise the BS around us and start doing some smart sh*t.

Michael Beckerman is chief executive of CREtech and CREtech Climate