We councils need to work together for successful housing strategy

Jason Longhurst, director of regeneration and business at Central Bedfordshire Council, asks if judicial reviews are an appropriate way of resolving a planning row (12.06.15). 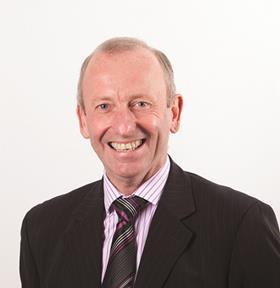 A better question might be to ask if the government’s duty to co-operate is worth the paper it’s written on.

To recap, Luton continues to oppose, by all means at its disposal, a planning application approved by Central Bedfordshire for a 5,150-home urban extension on green-belt land near Houghton Regis, close to our northern boundary.

Luton and Central Bedfordshire had previously agreed in principle that Luton would get access to 50% of any affordable housing brought forward, but, owing to later changes in the scheme, the initial expectation of around 25% to 30% affordable housing will now only be around 10%.

The issue at stake has been to get Central Bedfordshire to fulfil its duty to co-operate in preparing a strategy to address Luton’s significant unmet housing need over the next 15 to 20 years.

As Luton is the key provider of jobs in the area, but does not have the space to provide the housing it requires, we need to work more closely across local authority boundaries to deliver Luton’s unmet housing requirements and employment opportunities for the benefit of the sub-regional economy.

It is regrettable that Central Bedfordshire continues to seek to blame Luton for the collapse of the joint core strategy. Luton had no choice but to object, because it too failed to deliver against strategic needs, so both authorities agreed it be withdrawn.

In reality, the towns that form our conurbation effectively merge - in one street residents on one side pay their council tax to a different authority to those across the road. Local authority boundaries simply do not reflect the way people live their lives.

As councils, we need to move away from suggesting residents are either ‘ours or yours’. They don’t belong to either. They do, however, have a reasonable expectation that councils will co-operate to deliver the best possible outcomes on their behalf.