As industries, real estate and banking have always had a good working relationship, being so closely linked. 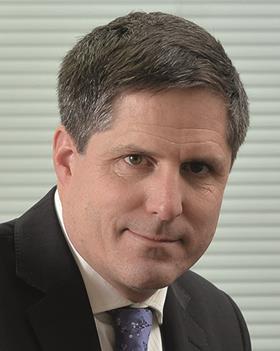 Because of this, I’ve been thinking about what threats, and subsequent opportunities there may be to both UK banks and the property sector in 2016, and why it is important we stand together in the year to come, and beyond.

First, some context: in 2014, the UK’s banking sector contributed almost 5% of the UK’s GVA, employing more than 400,000 people and contributing £31bn in tax revenue. Considering this impact, we cannot be complacent, particularly as wholesale banking is an internationally mobile industry. New technology is aiding cities such as Singapore and Hong Kong in becoming international banking centres - as former FSA chief executive Sir Hector Sants said in the BBA’s Winning the Global Race report, wholesale banking activity is becoming ever more “portable”.

We have, in effect, reached a watershed moment in Britain’s competitiveness as an international banking centre. The balance of push and pull factors, including tax and capital treatment, unilateral and extraterritorial regulation, along with overall uncertainty, weigh heavily in boardrooms across the industry. Many international banks have been moving jobs overseas or deciding not to invest in the UK. This really damages employment in the UK banking sector, which has taken an 8% dive since 2011, while assets have fallen 12%. Simultaneously, assets grew by 12% in the US, 24% in Singapore and 34% in Hong Kong.

“To keep our edge in the face of increasing international competition, what every real estate business should be asking is what they’re specifically and proactively doing to attract and retain some of the world’s most valuable financial talent,” says Max Shepherd, funds and investment lead at Holtby Turner.

So what happens if the biggest banks keep trading in London, but move their headquarters elsewhere? How would the shift of banking headquarters and the real effect this would have on their property requirements affect the UK?

As CEO of the BBA, I believe real estate leaders, government, regulators and the banking industry should work tightly together to promote the UK as a centre for highly skilled banking employees, and continue to see it as a key national employer. We need to see changes to the visa and taxation systems for the highly skilled workers we so desperately need in fintech and banking to be able to put down solid roots here.

If we want to see real estate grow in strength, we need an ecosystem that actively supports innovation that leads to growth. We have long taken the UK’s position as the centre of global finance for granted, but there are some significant threats to our status. I think here of things such as speculation over major banks potentially relocating to Asia. HSBC’s decision to remain headquartered in London is a vote of confidence in the UK, but we cannot afford to be complacent. Lest we forget, global banks play a key part in economies outside London as well - for example, Deutsche Bank’s Midlands back office is in Birmingham. Here, it is also important to note that the UK’s potential departure from the European Union could have a significant impact on global banks.

But what of those HQs that are returning to the UK because offshoring simply didn’t work? Where will they locate, and can they justify a move back after years of enjoying overseas rental prices? Are developers looking far enough ahead to make sure that new industries, such as fintech start-ups, are going to be made welcome in London, compared with, say, Frankfurt or Stockholm?

These new strands of the financial industry have very different needs compared with traditional banks, and will need very different services. They also work with different business models, and can shop around for their incentives. If we are the only country to have a level of pay controls, for instance in the form of bonus caps, will we drive the top talent elsewhere and make it difficult to attract top performers to the UK?

Both in the long and the short terms, there will be many battles where the two industries have closely aligned interests, both in the battle for talent, the war of unfair taxation and the quest to make the UK a safe haven for innovation and development. Yes, there are tough times ahead, but with an intelligent, collegiate strategy, we can find a way to push forward positively, together.

Anthony Browne is CEO of the British Banking Association