We must unite to build quality homes nation needs 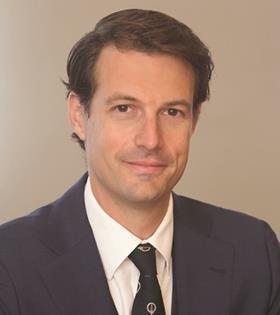 Yet, the creation of new housing continues to lag demand, leading to an ever greater shortage. The trouble is that, under the common goal, all the interested parties have their own motivations, drivers and limitations. If we really want to address the housing shortage, we need to put aside those differences and focus.

The public is calling for more housing. Many just want a decent place to rent and call home. However, there is still a strong focus on ownership, to occupy and, for those who can afford it, to let out to others. At the same time, public opinion is often against construction with many vocal in their opposition to it occurring near them (the so-called ‘Nimby’ attitude).

The government is there to serve the people. Mindful of the need for housing, successive regimes have committed to provide more homes. But such promises have proved hard to deliver. Ultimately, politicians want to serve their constituencies, which can mean recognising the wider need for development at a policy level but opposing plans at a local level. It creates a risk that we will turn from a Nimby nation to a ‘Banana’ one (build absolutely nothing anywhere near anyone).

Housing associations help build affordable homes, but they need money. The government’s plans to cut social housing rents by 1% each year over the next four years will leave housing associations with less money, likely cutting their near-term capacity to build new homes.

Construction firms, meanwhile, need the backing of strong demand to commit to increasing capacity and sourcing the necessary materials in the face of expected building cost inflation.

Institutional investors can come in and provide funding for new developments, but many will focus on the private rented sector (PRS) rather than on buying to sell. Such investors include pension funds and insurance companies, which are interested in generating long-term income streams, best achieved through rents.

Most landowners, developers and housebuilders, meanwhile, remain focused on the build-to-sell sector. This is understandable given that land is finite and they have an obligation to shareholders, so speeding up supply will reduce their margin.

So how can we unite these diverse parties for the common cause, while helping them all meet individual targets? The first step is to encourage producers of housing to move from a pure build-to-sell focus and to also build for rent. By working with institutional investors they can take advantage of the capital to create more private rental homes while protecting margins.

This isn’t happening in scale yet and is unlikely to make a material difference to the housing crisis, unless the producers are incentivised to change or modify their product.

Governments can help trigger this with incentives designed to encourage the creation of PRS accommodation alongside standard for-sale developments, while maintaining current levels of production of build-for-sale and affordable housing. This could be stimulated via tax breaks, or a temporary suspension of the Section 106 on the proviso that the building was used solely for rental for an agreed period, or a blend of the two.

With demand for private rented homes forecast to grow by 180,000 households a year in the next 10 years (according to PwC) and institutions lining up to invest in the sector, it could go a long way towards easing the housing shortage.

You can see the potential by looking at the success of the student accommodation sector, which has expanded rapidly in the past decade, providing better choice for students, attractive receipts for landowners and developers, and competitive returns to end investors.

With the government’s help, we can replicate this success in the general housing market by aligning different parties’ interests and uniting to build the quality homes everyone deserves.