You would be forgiven for thinking the impact of the UK’s ageing population is a concern primarily for the NHS - yet the property sector is affected more than we may realise. 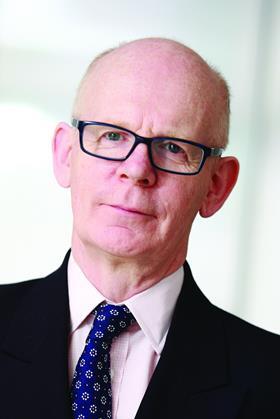 Data from the Office for National Statistics shows the number of people aged 60-plus is expected to pass the 20 million mark by 2030. This baby boomer generation is an increasingly powerful group, comprising a large number of the ex-employed who have a strong interest in maintaining the status quo. Having spent most of their lives directly or indirectly contributing to the country’s economic success, for many their mission is now to preserve and protect.

This poses a real problem for our industry, not to mention the country at large. We need to build at least 220,000 homes a year just to keep up with new household projections. While the National Infrastructure Plan (NIP) outlines the UK’s top 40 priority infrastructure investments, there is no equivalent that stipulates house building requirements on a similar scale.

The Infrastructure Act, which was given Royal Assent last week, does not necessarily have the teeth to get Britain building. Tabled amendments to the Infrastructure Bill that would have enabled the secretary of state to designate garden cities at local authorities’ request, as well as extend the duties of new town development corporations, were rejected.

With the general election looming, there is a real opportunity for politicians to make housing central to their manifestos. All too often there is a tension between the national economic agenda and local drivers. The challenge for politicians at a local level is to represent the interests of their communities while not losing sight of the greater national good.

The democratic process is all too often held to ransom by nimbyism. It is easy for local councils to behave like medieval guilds, where several local stakeholders stop progress in its tracks due to self-interest. This plays to parochial agendas rather than addressing how national challenges can be solved at a local level.

Perhaps part of the answer is for the composition of councils to better reflect the spectrum of those with an interest in development. If more people who are not yet on the housing ladder had a say there might be a more balanced view towards development.

It is widely recognised that people are increasingly drawn to cities and the urgent requirement for housing and infrastructure that meets their needs is well understood. However, if the housing shortage is to be tackled in a meaningful way, we have to look beyond cities and brownfield sites. A bold review of UK green belt would be a sensible place to start. Much of it currently functions as a vast, unused national park.

While it is an understandable desire to preserve what we have, it is incumbent on the industry to masterplan on a scale that addresses the needs of our growing population. We must do this in a manner that is sensitive - at both an environmental and societal level - to an increasingly complex set of stakeholders. It is about balancing the desire to live in attractive communities that are well-served by infrastructure with the pressing requirement to accommodate the many people who live and work in our country, including those who are no longer active in the economy.

The challenge for government is to show that economic growth is of benefit to all, finding a way to unify the employed and the ex-employed, young and old. Addressing the dichotomy between local and national needs is the only way to solve our housing crisis.