One of the many ironies following the Brexit vote was the wave of directors who had previously warned of the resultant pestilence, war and recession rushing to buy their own shares through corporate ‘buybacks’ or ‘PA’ (personal account). 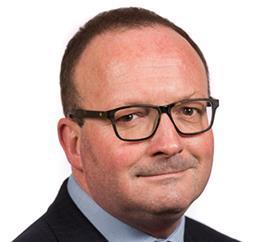 Could the Nostradamus-like prophecies have been a tad overbaked?

They might have been. Yes, it is true that a day after the result, London’s highest-profile estate agent Foxtons issued a profit warning, saying Brexit could mean “the upturn we were expecting in the second half is now no longer likely to materialise”. It’s hard to imagine Foxtons being able to read the runes in such a short timescale.

But reading between the lines, it looks as though lower-than-expected volumes in the first half rather than indistinct prospects for the rest of 2016 and beyond were behind the warning. Expect quite a few more profit warnings from players featuring a rich assortment of ‘Brexcuses’.

U-turns, or should I say EU-turns, followed in quick order from all political quarters. Chancellor George Osborne had threatened tax rises, pension hits and more austerity in a Brexit “punishment Budget”; in the event it looks as though corporation tax will fall from 20% to 15% and that we’ll see a deferral of his timetable to end the deficit.

The Bank of England was supposedly going to raise rates; now it looks like it’s going to cut them. President Obama was going to shove Britain to the “back of the queue” in trade negotiations; now his team is declaring: “Nothing’s going to change about the deep and abiding relationship with the UK.”

Regardless of the posturing then de-posturing over the long-term impact, consumer confidence has undoubtedly taken a knock, not least because our political processes have descended into an Italian-style farce. With that and economic volatility, many would-be ‘mainstream’ housebuyers may well ‘sit on their hands’.

How long for? The best-case scenario is probably six months or so. Then the government will return to its favourite hobby horse: attempting to promote housebuilding.

The housebuilders have spared no time getting their bids in. Taylor Wimpey boss Pete Redfern, in The Sunday Times, called for a “short, sharp bunch of incentives”. His counterpart at Crest Nicholson, Steve Stone, called for a temporary extension of the London Help to Buy scheme to the rest of the country.

Writing on the wall

So it’s possible that mainstream housebuilding volumes won’t suffer too much. That can’t be said for London high-rise, high-density ‘clusters’ of competing developments. The writing was on the wall.

Brexit is merely likely to be the straw that breaks the camel’s back. This highly speculative bubble - which has resulted in 62,490 units coming out of the ground in the capital, according to Molior London - has produced mainly two-bed flats for overseas ‘investors’ in a dozen or so hot spots.

Among the biggest lenders into this sector, Singapore’s United Overseas Bank has announced it is stopping its loan programme for the “time being” - hardly a surprise - and other Asian banks have been said to be closely examining the situation.

Conversely, some foreign investors are said to have seen sterling’s weakness as a possible buying opportunity. If so, there could be lots of developers offering their wares, possibly encouraged by their banks. More sellers than buyers usually means prices have got further to fall.

The current situation means “first-time buyers would benefit from lower competition for housing”, according to the Moody’s rating agency. That sounds like a euphemism for falling prices. Or, as pro-Brexit grammarians might insist, merely a ‘phemism’.