What a rollercoaster week it’s been for retail

The past week has been terrible for high-street retailers, yet the best ever for online retailers. 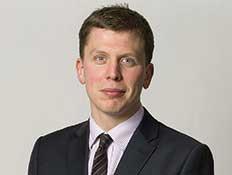 There are two reasons it has been so miserable for physical shops: the Autumn Statement and Black Friday. Firstly, George Osborne offered up an Autumn Statement that portrayed labour-intensive big businesses as the bogeymen. Nationwide retailers were hit by the £3bn apprenticeship levy - or payroll tax - and the news that the initial findings of the business rates won’t be revealed until the Budget next year. Smaller shops and restaurants also lost their £1,500 discount on business rates, which was worth £500m.

Then came Black Friday, which proved a damp squib for physical retailers. I was at a Tesco in Lea Valley, London, when it opened at 5am, and there was no repeat of the chaotic scenes last year that led to the police being called.

Of course, the orderly scenes were not entirely unexpected. Tesco deliberately opened its stores at 5am rather than midnight to dampen demand. Other retailers, such as Argos, spread their deals over a week rather than just focusing on Black Friday.

Nonetheless, the sparse crowds made you wonder whether the heavy security, closure of the rest of the store, marketing drive and extra staff were worth it. Photos from Oxford Street, the Trafford Centre and other major shopping locations showed this scene was repeated across the country, although it did get busier as the day went on.

Meanwhile, online retailers were racking up the sales. Sales on Black Friday grew by 36% compared with last year to £1.1bn, according to Experian and IMRG, making it the biggest day of online shopping ever. Amazon reported extraordinary sales figures, with orders up 35% on the day to a record 7.4 million.

Most high-street retailers will not report their Black Friday figures until January, when listed companies have a duty to update on Christmas trading. However, John Lewis has already revealed that sales rose 11.9% on Black Friday compared with last year. This is obviously strong growth, but it is roughly a third of the percentage reported by online retailers and Amazon.

What the last week and all these numbers tell us is that the high street has the odds stacked against it in the battle with online retailers.

Dave Lewis, Tesco’s chief executive, told the CBI conference last month that physical retailers face a “potentially lethal cocktail” when you combine the threat of online shopping with the cost of business rates, the apprenticeship levy and the national living wage. It is now easy to see why he made such a comment.

2015 has actually been a decent year for physical retailers. Online sales growth has slowed while thriving chains such as John Lewis, Aldi and Waterstones have been demonstrating that people will still people visit a shop if they offer something unique.

However, the Autumn Statement provided a reminder that physical retailers are burdened with costs that their online rivals don’t have to worry about, and then Black Friday delivered a stonking reminder about the convenience of online. Why would anyone queue at a Tesco supermarket at 5am to grab a bargain when they could do so from the comfort of their sofa? Or buy a Blaupunkt TV from a supermarket when for the same price on Amazon they could choose between Sony, LG and Samsung?

Retailers and shopping centre owners were guilty of getting caught up in the marketing hype of Black Friday. Even if they did get a boost in footfall over the weekend, the cost of holding the promotional event and the damage to profits from offering heavy discounts mean it probably did more harm than good.

Physical retailers must remember what their strengths are against online rivals; the pressure being put on them by the chancellor means there is little margin for error.