4
What can we learn from the Emoov story?
Comment

What can we learn from the Emoov story?

There’s something special about the number 100. In sports, an American football field is 100 yards long. In science, 100 degrees Celsius is the boiling temperature of water. And, in finance, most currencies are divided into 100 sub-units. So, when a start-up I invested in five years ago increases in value by 100 times, it’s a moment worth pausing to write about. 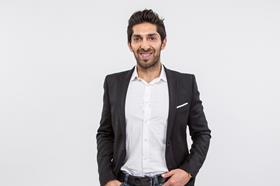 My team and I were still a new venture capital shop, investing our own capital while co-investing alongside like-minded investors – but we weren’t going to let our age hold back our ambition. In April 2013, I featured in a piece in PrimeResi entitled ‘Looking for the next Rightmove’, to find the next digital upstart. The now-legendary Russell Quirk, founder and chief executive of Emoov, stepped forward.

After weeks of mutual courtship and rigorous due diligence, we led the first external investment in the business in December 2013, valuing it at £1m. Less than five years later, Emoov led an industry-defining merger, pulling together rival online agents Tepilo and Urban into a £105m deal. Now, as I step off the board, I attempt to share lessons learned from Emoov’s journey.

Online estate agents made up less than 1% of the sector when we invested in Emoov. There was no short supply of naysayers: traditional agents told us we would lose all our capital and even some of our internal team members didn’t support the deal. Ultimately, it is down to the person leading the deal to ignore the naysayers, back his or her own judgement and move forward with conviction.

Back aptitude, not perfection

Russell would admit that he wasn’t the most polished start-up chief exec when we first met. But I sensed a doggedness that would be the foundation stone to navigate the treacherous terrain of start-up-dom. Over time, he learned about everything from start-up finance to fundraising, board politics, hiring and managing talent, networking and PR - the key skills you expect from a chief exec. The lesson for me was this: back a founder, not for the person they are but for the person they are going to become. 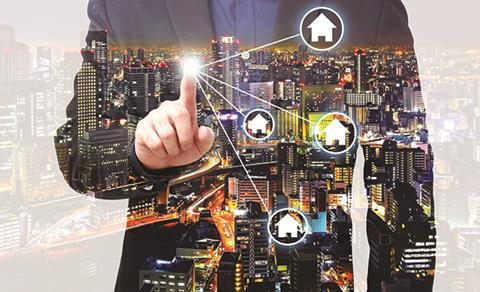 A superior product alone is not sufficient to win; businesses also need to hire the best talent and invest in marketing to acquire customers. For this, you need a war chest. You need to raise capital – a lot more than you need - from deep-pocketed investors. In consumer tech start-ups, the quantum of cash you have in the bank, to build your brand, is an immutable strategic advantage.

Start-ups are rife with dead-ends, U-turns, and detours. Emoov managed this uncertainty brilliantly: the founder always had a Plan B, and a Plan C and a Plan D. He was determined to de-risk the business and not make it reliant on any one path. Ultimately, this multi-layered strategy has made Emoov a survivor in a sector that has seen, and will continue to see, many casualties.

I have had the honour to work alongside Russell Quirk as his first investor and board director, and see the founder transition from a novice to a seasoned chief exec. I’ve seen incessant churn and sickening volatility. But all that was necessary to get the company to where it is today: an undisputed number two and credible IPO candidate gearing up to take on the infamous Purple Bricks.

The number 100 has historical and symbolic significance, and is worth writing home about. To me, however, it marks not the end goal, but merely the end of the first chapter in a much longer journey. Churchill may have been talking about war, but I have no shame in re-using his timeless adage in the context of Emoov: “Now this is not the end. It is not even the beginning of the end. But it is, perhaps, the end of the beginning.”