What must be done to get housing market moving again

The government’s public finance figures showed that the overall level of stamp duty receipts were lower than it expected in the first half of this financial year. 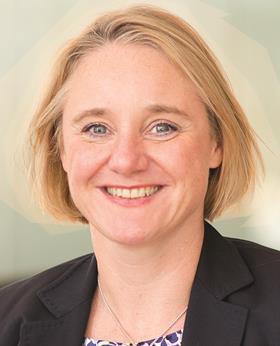 Given the lower numbers of transactions, that shouldn’t really be a surprise. Ignoring the spike due to the introduction of the extra 3% stamp duty for second homes and buy-to-let properties, activity has eased in response to weaker economic sentiment following the EU referendum. New forecasts suggest that economic growth won’t be hit as hard as earlier predictions suggested. That’s better news for the housing market.

But it is the availability of homes to buy that is a major factor in levels of activity. With little stock to buy, prices are underpinned and affordability doesn’t improve. Higher prices may swell the government’s stamp duty revenues, but they do little to foster a healthy market.

Activity has eased in response to weaker economic sentiment

Fortunately, the stock position is beginning to change a little, albeit mainly at the higher-priced end of the market and largely in London. There are a number of reasons for that. First, the change in expectations about the potential for future capital growth makes buyers more aware of value for money.

If they don’t expect prices to increase so quickly, they will bargain more forcefully, especially in the knowledge that the vendor will generally have made significant equity gains in the last few years.

But it’s not just about the potential capital gain. It is also about the costs of transacting. This has increased significantly in higher-priced markets since the introduction of the new stamp duty regime in 2014. The new system removed the distortions at price thresholds and reduced the amount of stamp duty that would have been payable under the old regime for property costing less than about £1m. But for property above that price point, the additional tax added 54%, or £54,000, to the average bill for a home worth £2m and even more for properties costing more than that.

There was a fall in the proportion of homes that were sold above £1m in the months following the change. But that has crept up since. One might draw the conclusion that there was then little effect on the market as a result of the increase in stamp duty for higher-priced property.

Find out how your can support our campaign to ‘Call Off Duty’ on our dedicated microsite www.propertyweek.com/call-off-duty

However, that belies what else is in the mix - price adjustments. Property prices in the more expensive price bands have been softening as new buyers have factored in the cost of the additional stamp duty as well as their reduced expectations of future capital gains. Vendors recognise that too and the result is that prices in these bands are falling. That is evidenced by the lower value achieved relative to the initial asking price.

While this is apparent across the whole of the UK, it is most evident in London. Here the asking to achieved prices are softening more than the average for the UK. And the picture of London as a whole shows the biggest adjustments are largely in the most expensive parts of the capital.

So why is this important? One would think that if prices are falling at the higher end of the market, that is a good thing for affordability. It should be, but if that fall in price is simply a discount reflating the higher costs of transacting, that is just a transfer to government coffers rather than to homeowners. A more efficient system might be to reduce transaction costs to promote liquidity - and with higher levels of transactions, the government still gets its revenue - possibly enough to begin a more concerted programme of investing in homebuilding.