What regional cities must do to attract biggest occupiers

A blue-chip company headquarters, $5bn of investment and the creation of 50,000 new jobs. 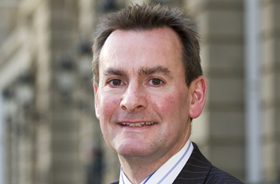 This is such a good opportunity for any city that you’d be forgiven for wondering what the catch is, but Amazon has promised all this to one American city as it searches for its second headquarters. Now, 20 finalists have been selected from the 238 entrants, with Philadelphia, Chicago and Denver all making it to the next stage.

That 238 cities wanted to win the jackpot investment prize is not startling, but more interesting is the unusually transparent feedback Amazon provided for cities that didn’t make the cut. For many, it was the lack of appropriate transport infrastructure or a local talent pool that put them out of the running. Put simply, they didn’t provide the fundamentals of the successful city that a giant like Amazon needs to maintain its position in the market.

With the political and economic landscape of the UK rapidly changing, and companies like Channel 4 looking outside London for a base, we need to explore how UK cities will fare when faced with similar opportunities and scrutiny.

For a start, let’s consider factors such as local infrastructure, transport and the quality of educational institutions to produce top talent, combined with the draw of a city’s culture and lifestyle to make them stay – these are not just ‘nice-to-haves’. As an absolute minimum, a city needs the key infrastructure to get people in and out of its city centre through a variety of transport modes, as well as international connections to allow citizens to get out to the wider world. Further, it needs a wealth of talent to take up the jobs that are on offer.

Next, opportunity follows success, so a city needs to prove that it can attract occupiers. To do this, it needs to acknowledge that the criteria that Amazon has set out are absolutely right.

Take a look at Birmingham for a clear example of inward investment following success. The redevelopment of New Street Station and its integration into the Grand Central scheme has transformed the arrival experience into central Birmingham. This has opened up parts of the city for regeneration that might not have been viable in the past, and the arrival of major inward investment from Deutsche Bank has opened eyes to the attractiveness of the city. 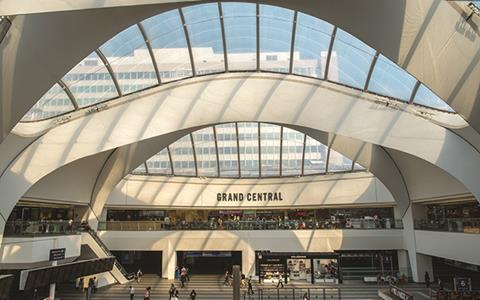 As cities rejected by Amazon, such as Cincinnati and Detroit, use this as a wake-up call – with the former restructuring its workforce development programme to focus on tech talent while Detroit is working on a regional transport initiative to connect the outer counties to the city – there are other factors to consider.

Readily available accommodation must be a priority for any city looking to attract corporate occupiers and significant investment. Very few companies can wait for schemes to evolve through the planning and construction phases, so having sites ready can reap rewards, as shown in Stoke-on-Trent, where the Smithfield scheme, a new city council-owned 80,000 sq ft office building, has attracted two inward-investing occupiers.

As more and more occupiers look for alternatives to London, it will grow more clear which regional UK cities have evolved to create communities that can support the growth of these occupiers, and which will fail to make the cut when the opportunity comes knocking.

Helping to build successful cities is a key part of GVA’s purpose. This means providing the best possible strategic advice about public and private sector partnerships to facilitate regeneration and development, phases of planning and delivery, and property management that creates places where people want to work, live and play.

Carl Potter is head of Birmingham at GVA