Shopping centres face big competition in the lead up to Christmas. 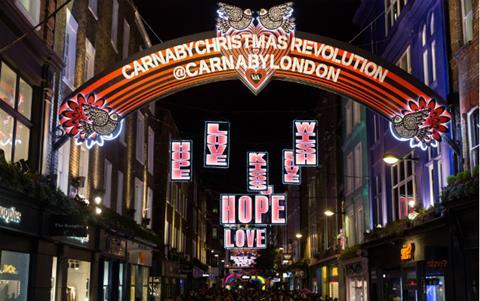 Christmas favourites such as twinkling Christmas lights and a Santa’s grotto can prove essential in ensuring a shopping centre’s success at the busiest time of the year.  In most centres it is usual for the responsibility of providing these festivities to remain with the landlord and be handled day to day by a management company. The tenants will each pay a proportion of the costs through the service charge payment as set out in their lease.

When the system works well, it allows shops to take advantage of the draw these facilities have, and benefit from cost savings via economies of scale.  The trade-off, however, is relinquishing control over what services are provided and at what cost.

A tenant may be happy to pay for modest illuminations and a few Christmas decorations, but what happens if the landlord has grander ideas and considers snow machines and ice sculptures to be a necessary part of the Christmas experience?

A classic example is the shopping centre’s Santa’s grotto – typically open between 9.00 a.m. and 2.00 p.m. in the run up to Christmas.  A tenant with a shop next to the grotto may be more than happy to pay a share of the cost, since it is likely to benefit from increased footfall as queues of excited children and frazzled parents snake past.

However, a restaurant on the other side of the centre, which is busiest during the evenings, may feel aggrieved at being asked to pay towards this as part of its service charge. 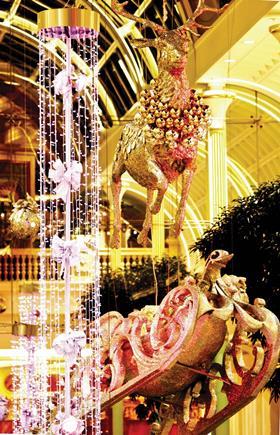 Where a service charge is being demanded, the lease will contain obligations on the landlord to provide the services and for the tenant to pay for them.

If the lease simply states that the tenant will pay “a proportion” of the cost of the services provided by the landlord, it will be difficult to argue, legally, that any costs incurred should not be paid.  This can be frustrating for a tenant faced with a high service charge for an unnecessary item.

Commercially, one option is for tenants with the same grievances to club together and approach the landlord, as the latter may be forced to curb some of its worst excesses in the face of a collective show of strength.

Happily, most leases are more specific and, at a bare minimum, should limit tenants to only having to pay for those reasonable and proper costs which are in turn both reasonably and properly incurred by the landlord.  Reasonableness provides a legal hook upon which the tenant may hang its claim that the service charge incurred is unfair.

However, often the parties may have different interpretations of what is reasonable, which can make resolution difficult.  One man’s necessary Christmas festivities may be another man’s expensive frivolities.

A well drafted lease can assist here.  Firstly, if a store can consider before signing its lease the items for which it does not wish to pay, then these (if agreed by the landlord) can be specifically excluded from the lease, thus avoiding arguments concerning reasonableness while also giving the store a clear clause to point to when stating that it isn’t responsible for certain costs.

Secondly, a lease stating that any dispute will be determined by a jointly appointed expert or arbitrator may mean that resolution without lawyers is possible, and will likely be cheaper and quicker than issuing court proceedings.

For service charges in general, the advice must be for both the store and landlord to agree – at the commencement of the relationship – the types of services that are expected along with those for which the store is not prepared to pay.

In a situation where store owners are unhappy with the services provided, or the charge demanded, specialist advice should be sought.

Hannah Dare is an associate at law firm Fladgate LLP