Why the BPF is backing #CallOffDuty

I am delighted that Property Week has launched its Call Off Duty campaign. Recent changes to stamp duty land tax (SDLT) on both the residential and commercial fronts have affected investor confidence and the ability of our industry to play its part in housing our country’s people and businesses

It is with good reason that the well-respected and independent Institute for Fiscal Studies called it “a strong contender for the UK’s worst-designed tax” and has recommended its abolition.

SDLT is a significant additional barrier to people moving to the kind of homes they need to – adding unnecessary stress to already busy lives.

While there may be no realistic prospect that the government will give up SDLT altogether, it should strive to minimise its social and economic harm. Changes in 2014 took a step in that direction – particularly for low-to-mid-value properties – but the government failed to understand that housing is one market and that targeting higher-end transactions has had the effect of interrupting the market as a whole causing a perverse and contrary effect for first-time buyers who now find it even harder to get on the housing ladder.

A larger, higher-end house will attract a buyer looking for a bigger property. Maybe the buyers are a couple whose family has grown – they have more children or a parent who needs looking after – and they want to upgrade from a three-bedroom house to one with four.

They may well be selling to a couple who, for their part, are selling their individual one-bed flats – and their small flats are being bought, in turn, by first-time buyers.

If, because of punitive SDLT, you can’t sell at the top of the chain, it’s harder to buy at the bottom.

While the 3% SDLT surcharge was aimed at making homes more accessible for those starting out, what it has actually done is create a drag on a significant potential source of housing supply, by sending a message to pension fund managers and institutions that have billions to invest in developing new homes at scale for rent that they should think twice before using their funds to build the homes our country desperately needs.

If you agree that the government should reform SDLT, support Property Week’s campaign to Call Off Duty by completing our short survey here or tweeting us @propertyweek using #CallOffDuty and telling us what you want. In the new year, we will present your demands to the chancellor.

That’s the last thing we need given the housing challenge we face. Affordable housing is also a victim of this tax and of the changes made in 2014. Developers often use the profits from top-end sales to finance the building of social and affordable housing. 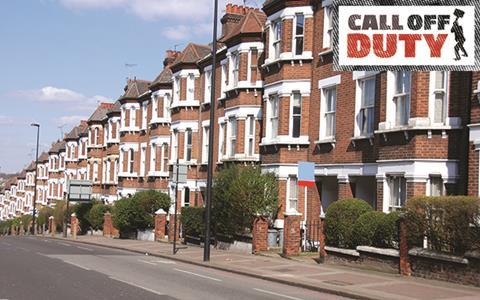 Not only is that bad for the economy in the short term (we need more and better jobs), but by not building today the offices and industrial facilities to boost future productivity, we are hurting our long-term prospects too.

Having called upon the chancellor to revisit SDLT at the Autumn Statement – and sharing the industry’s disappointment when this didn’t happen – we are pleased to support the Call Off Duty campaign and would encourage the industry to join us.