Why West End property owners deserve their own voice

London’s West End is a place like no other - bringing together some of the world’s leading retailers, shows, restaurants, art galleries and theatres against a dramatic architectural backdrop that easily brushes off the competition from rival shopping destinations across the globe. 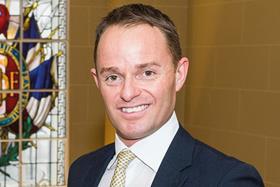 Its offering is well recognised - more than 200 million visits are made here every year, 120 international brands have chosen to build a base in the area and 217 flagship stores line our streets.

Over the past 10 years, New West End Company has helped bring together businesses to drive improvements to the retail trading environment. Pivotal to our work has been the voluntary contributions of property owners, whose investment and expertise have proven invaluable. Their collective contribution of £10m has been instrumental to securing the West End’s position as the world’s number-one retail destination - and it has been made because they believe in what is being achieved, not because they have to.

But as much as Bond Street, Oxford Street and Regent Street have evolved over the decade, so too has the legislation governing business improvement districts (BIDs) - and now the framework exists to create a body to specifically cater for property owners. This advance paves the way for a new voice, a strong campaigner to focus efforts on increasing property values and boosting commercial returns for those investing in the bricks and mortar that make up the retail heart of the West End.

This new generation of BIDs will allow the property owners to speak in unity - to enter debates with a combined manifesto for change, lobby for legislative re-evaluation to better support Britain’s economic engine room and demand the attention that befits a group that creates 1.5m sq m (16.2m sq ft) of retail space and helps bring £8.5bn into the country’s tills each year.

This month, New West End Company launched an ambitious business plan with the single vision of making the West End the world’s number-one choice for real estate investment, retailers and shoppers, a vision that sets out what £16m raised through the creation of such a body would be used for - including sustainable placemaking, global marketing efforts and building a robust business voice. The creation of a new property BID for the area will be truly transformational, particularly at a time when Crossrail will change the landscape of the West End forever.

The benefit that property BIDs bring has been demonstrated by many of London’s direct rivals already - BIDs in New York have driven increases in property values by 15% more than non-BID areas. It is high time we harnessed this vehicle to make the most of the potential London’s West End holds within its buildings.

New West End Company, in partnership with Westminster City Council and other influential organisations, has spent 10 years delivering substantive results for London’s retail heartland and we believe we have the unrivalled expertise of working for this exceptional area and the ability to deliver outstanding results for the property owners, who form a central part of what makes London’s West End so very special.

Property owners will let us know if they agree when the ballot opens on 18 November.