On 4 January the Prime Minister announced a “huge shift in government policy”, namely a direct commissioning of up to 13,000 homes over four sites outside of London and an as yet unspecified number of homes at Old Oak Common in Hammersmith. 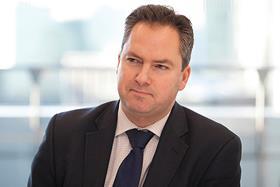 It is planned that up to 40% of homes on these sites will be Starter Homes, the Government’s new flagship policy, which seeks to increase home ownership for first time buyers.

The government’s ambition is to get more houses built, successfully test a new model for development and support small or medium sized enterprise (SME) builders.  However, will direct commissioning achieve any of these aims?

By direct commissioning, the government will order the construction of homes on sites that it owns, which already have the benefit of planning permission. In doing so, it will employ smaller building firms which have traditionally been unable to secure government contracts and have been buffeted by the economic downturn.

Indeed, the plight of smaller house builders is acute.  Since 2007, the number of housebuilders delivering 30 or fewer homes annually has more than halved from 5,156 to 2,244.  This represents a sharp fall in business from 1995 when smaller firms were constructing over a quarter of the UK’s housing stock. Yet, the recovery of SME builders is vital in addressing Britain’s significant housing shortage.

These measures go to the heart of the biggest concerns facing SME builders.  In a survey commissioned in September 2015, the Federation of Master Builders found that 68% of developers working on small sites thought that “lack of available and viable land” represented the most significant barrier to increasing output. In this context, it is important to note that (according to HM Treasury estimates) the public sector owns around 40% of developable sites and around 27% of all brownfield sites suitable for housing.

The creation of starter homes, which are intended to contribute to addressing the significant shortfall in affordable housing and will not be liable to payment of the community infrastructure levy, is likely to reduce costs for small developers who should be able to take advantage of the recently announced £1.2 billion Starter Home Fund to prepare brownfield sites for new homes. Further, the government’s pilot programme is part of a wider package of fiscal measures, which are designed to assist SME builders including the Builders Finance Fund.

However, the government will have to go further than this to revitalise the SME construction industry.  Costs must be reduced and, for smaller sites, the Government should be encouraged to excise the requirements to pay planning fees and commission specific expert reports.

Whilst construction of 13,000 homes represents a small proportion of the 1 million new homes that the government requires to be completed by 2020, it is a laudable initiative and could lead to the establishment of a decent platform for SME builders.  However, if SMEs are to maximise their role in addressing Britain’s housing crisis, the government must commit to long-term direct commissioning and financial support for them.

Ian Ginbey is a partner at Clyde & Co