Will Elmo and Spider-Man chase great corporations out of Times Square?

It might sound ridiculous. What is currently one of Manhattan’s strongest office subdistricts (34m sq ft) enjoys more than 90% occupancy by marquee tenants. 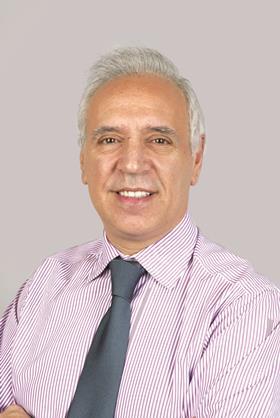 Yet the market - especially the 10m sq ft in the ‘bow tie’ itself, or within one block of it - is imperilled, brokers say.

The threat lies not in weak New York City job creation or China’s currency devaluation, but in a proliferation of costumed comic-book characters who pose for photos with tourists and demand tips.

A city brainstorm to make Times Square more tourist-friendly (as if it needed to be) by installing vast pedestrian plazas drew an occupation army of lolling sightseers and hawkers. Some are headed to theatres or other entertainment venues, but many more merely hang out and chomp on Big Macs at cheap, temporary-looking tables.

The juvenile atmosphere recently turned rowdy. After a video of Spider-Man beating up a heckler went viral recently, Tim Tompkins, the head of the well-respected Times Square Alliance business advocacy organisation, howled over “another routine day of violence and chaos in Times Square”.

He called for a City Hall task force to tackle the problem, which has finally caught the attention of mayor Bill de Blasio’s top aides. It has long troubled leading office brokers who, although unwilling to be named, fear that other large firms will follow Condé Nast and Skadden Arps out of the door.

Today’s Times Square is nothing like the porn-infested mugging ground of the 1970s and 1980s. There is little risk it will regress to its former squalid state.

Even so, it is increasingly non-conducive to corporate life. The fabled, brightly-lit bow tie - comprising Broadway and Seventh Avenue from West 42nd to West 47th Street - is more dishevelled than it was 10 years ago.

Endless street excavations, intrusive bicycle lanes, and a zoo of snack and ticket stands compound the disorder. Near-naked, guitar-strumming ‘cowboys’ and women clad only in body paint add a less-than-wholesome veneer. Impose Piccadilly Circus on Leicester Square, multiply the pandemonium by 10, and you’ll get the idea.

Soon after Condé Nast left for the World Trade Center last winter, the editor of its GQ magazine, Jim Nelson, sounded an alarm as to what might lie ahead. He wrote that he was sick of fighting his way through fuzzily-attired Elmos demanding money, and concluded: “I couldn’t get out of there fast enough.”

Skadden Arps, which shares 4 Times Square with the now-empty Condé Nast floors, has also decided to move out when its lease is up in 2020. The firm’s partners grumbled that, among other issues, the Broadway closure made access by car - the favoured means of transport for high-paid attorneys - near impossible.

The tourist horde helped to drive retail rents up to unheard-of levels. Some 110,000 sq ft previously occupied by Toys R Us was on the market for $2,500/sq ft at sidewalk level before it was claimed by the Gap and Old Navy.

But former mayor Michael Bloomberg, normally well attuned to economic development issues, forgot that Times Square had, by 2000, blossomed into a major office district. In 2009, the city closed Broadway to vehicular traffic through the bow tie and turned it into pedestrian plazas. The step supposedly would make walking or driving through the zone easier and faster - a goal that went seriously awry.

The Times Square/West Side subdistrict comprises around 34m sq ft of office space by CBRE’s count, of which around 10m sq ft lie within the bow tie itself or within one block of it. Major landlords include the Durst Organization, Rudin Management and HSBC. The Times Square ‘clean-up’ of the 1990s made the ‘Crossroads of the World’ hospitable to major corporations.

Other firms clamoured to join them: when Arthur Andersen collapsed during the Enron scandal of 2003, it was replaced at 7 Times Square by retailer Ann Taylor’s corporate headquarters and several law firms. Meanwhile, Microsoft set up shop at 11 Times Square one block west and Bank of America at One Bryant Park one block east.

Except for 4 Times Square, the towers are still full, thanks to long-term leases signed years ago. Viacom even expanded by 300,000 sq ft at 1515 Broadway three years ago.

But the street scene has gone downhill since 2012. And with 6m sq ft of high-profile leases due to roll starting in four years, landlords and brokers are keeping wary eyes on Elmo.