Will industrial space pose a threat to the office market?

Demand for commercial property in the UK now stands at its highest since 1998, according to the latest Royal Institution of Chartered Surveyors (RICS) Commercial Market Survey. 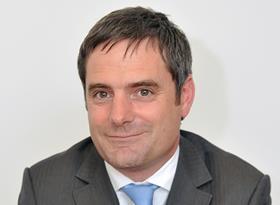 And during the first three months of the year, the North West saw a significant upturn in demand for office space, with 38% more respondents seeing more prospective interest.

However, as a result of this rapid demand, availability has fallen, with 22% more surveyors in the region seeing a drop in the availability of commercial space, according to the RICS survey, and almost one in four expecting rents to rise over the coming three months.

If this trend continues, businesses may begin to look for an alternative, and this could mean a move in to industrial space. So could the office market be under threat?

Liverpool is no stranger to the renaissance of industrial buildings. The Baltic Triangle’s impressive architecture was in its heyday during the 17th and 19th centuries when 40% of the world’s trade passed through the city’s docks. The numerous Grade II listed warehouses have housed everything from sugar to spice, cotton to coffee.

But behind the warehouse walls and the corrugate shutters, there now lives a new breed of businesses, which are helping turn the neglected area in to one of the UK’s most significant creative quarters.

Industrial buildings have been transformed by the likes of Camp and Furnace; a former warehouse which is now a bar and event space and Elevator Studios; once used to store cargo, now provides artists, musicians and commercial companies with working office space.

Baltic Creative CIC, which houses a number of creative and digital businesses including app developers, communication agencies and web designers has proved successful.

A report from 2014 found that creative and digital businesses based at the Baltic Creative are contributing over £1.4m every year in to Liverpool’s economy. The Baltic Creative’s economic review revealed tenants have achieved a turnover growth of 7% per year and employment growth of 7.6% per year.

The attraction to these industrial spaces? For the tech, media and creative industries, opting for the traditional office block isn’t always suited to their needs. These tenants find it hard to commit to a 15 to 20-year lease, so short-term flexible contracts are far more appealing.

With various office spaces available, ranging from the hundreds to thousands of sq. ft, to smaller workshops, shop front studios and multifunctional warehouses; the spaces are designed to support creativity and innovation, but are also flexible to meet the changing needs of the sectors.

Not only is the flexible, short term contracts attracting businesses to these converted warehouses, factories and industrial buildings, but the added community element is a big advantage.

Workplaces have transformed in to social environments, with the creative industries reaping the most benefits; by collaborating, sharing and exchanging information – much easier to do in a work environment which is open, informal and flexible.

Elevator Studios in Liverpool’s Baltic Triangle is centred around the Elevator Café, a ‘social hub’ which acts as a meeting place and networking space for residents and the public.

Although not right for every business, the appeal of industrial buildings is vast – and growing.

The growing rental gap between office and high-specification industrial space, and the potential cost savings involved, is a firm motivation for many businesses to consider shifting their office functions, especially those that do not require a Central Bid District (CBD) location.

High-spec industrial developments have evolved over the years, so much so that the boundary between office and industrial space is often blurred.

With many surveyors in the region expecting rents to rise, not fall in the coming months, and availability decrease, this could be the window of opportunity for industrial property.

But rather than threatening the office market, industrial developments should be embraced as part of a wider spectrum of property solutions for the growing business community.

After all, the availability of options in terms of location, budget and property type could encourage more companies to operate in and out of Liverpool.

With further improvements and developments continuing to emerge in Liverpool’s Baltic Triangle, the proposition of industrial office space is becoming increasingly more attractive. The Triangle’s renaissance is definitely here to stay.

Nick Harrop is a partner and industrial agency specialist at Hitchcock Wright & Partners.