A lot has been made of the government’s policy to extend Right to Buy to housing association tenants, and the negative impact this could have on the supply of social housing in the future. 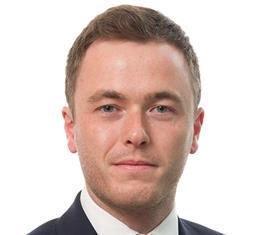 Under the current Right to Buy scheme, in place since 1980, an estimated 1.88 million council homes have been sold to tenants. The government claims that every housing association home will be replaced one for one, financed by local authorities selling off their most expensive properties.

However, of the 1.88 million council homes sold through Right to Buy, only 345,000 local authority homes have been replaced, resulting in a shortfall of more than 1.5 million homes.

Given the chronic shortfall in housing supply across the UK (annual housing delivery has missed government targets in every year since 1973), the house-building sector cannot afford to see further falls in supply at the lower end of the market.

Conversely, in order to make up for the financial losses they could suffer as a result of the rent reductions and Right to Buy sales, housing associations may turn their attentions toward the private rented sector (PRS), something we are already seeing.

One option is through the government’s Private Rented Sector Housing Guarantee Scheme that requires developments to be of a minimum value of £10m and to deliver residential developments only. Notting Hill Housing has expressed interest in the scheme and others are expected to follow suit. 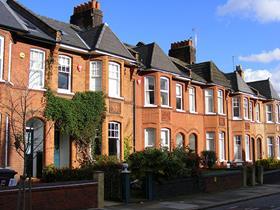 The PRS is in desperate need of more purpose-built stock, one reason being the need to improve the standard of housing. Due to the ageing nature of the housing stock across the UK, the majority of homes in the PRS are Victorian terraces and converted flats in need of modernisation.

Housing associations delivering PRS schemes would not only raise the standard of housing but would also help to alleviate some of the strain on the fastest-growing tenure type in the UK. While build costs will be higher, the significantly higher rents placed on the PRS, particularly in London and in strong rental markets such as Cambridge, Manchester and Leeds, provide an attractive proposition for social housing providers looking at diversifying their business activities.

In 2013-14, the PRS succeeded the social rented sector as the second-largest tenure type in Britain, while a recent report by PwC estimates that the sector will account for 7.2 million households by 2025.

Therefore, the PRS will need to be at the heart of rectifying the housing shortage, surpassing the need for social housing. If the Right to Buy scheme extension to housing associations fails to improve on the replacement record seen over the last 35 years for local authority housing, coupled with the 1% fall in social housing rents from April 2016 for four years, investors in housing associations may decide to move away from the social housing arena, unless a greater focus is placed on the PRS.

David Ramsdale is a residential research analyst at DTZ