Will property’s social enlightenment survive a punch in the face?

Three comments over the past month have left me in two minds.

The first observation came on 8 May, during a tour of British Land’s £4bn Canada Water project in Southwark. Project director Roger Madelin said: “We plan to make Canada Water a genuinely social place for all social classes. I’ve seen potential occupiers in tears when they have this vision explained.”

The second moment came on 15 May at Dorchester, after an enjoyable breakfast with several hundred Knight Frank guests. On to the stage strode Gabrielle McMillan, founder of Aussie property manager Equiem.

“Real Estate is going from B to B, to B to C,” she declared, suggesting that consumers of all classes are now the ultimate client and a source of income. The third set of thoughts came on 17 May, at the Haberdashers’ Hall in Smithfield. I was chairing an event for NARA, the Association of Property and Fixed Charge Receivers.

U+I’s deputy chief executive, Richard Upton, took to the lectern. He unsettled the audience by using the #MeToo crusade as an example of how the public mood can switch after years of inertia.

The Presidents Club affair was raised to show how a flash of media lightning can expose lurking sexism. Upton then proceeded to move the hard-headed audience, some close to tears. “We need to radically re-set how this industry operates. Developers need to step up… projects must allow for moral and spiritual growth…”

Upton was taking his cue from Larry Fink. The BlackRock boss wrote in January: “Society is demanding that companies, both public and private, serve a social purpose. What role do we play in the community? To prosper over time, every company must not only deliver financial performance, but also show how it makes a positive contribution to society.” 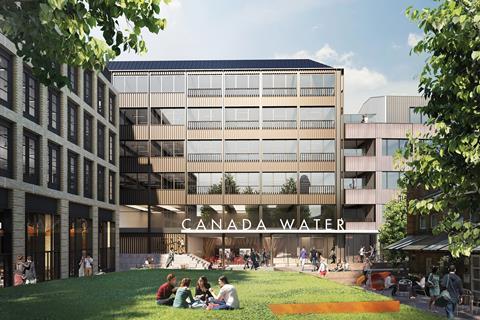 Fink’s remarks have become the wellspring for a gush of articles, some fine, some grinding a particular axe, some laughably sanctimonious.

Half of me thinks these truths are self-evident – admirable as well as commercially beneficial. The Enlightenment is upon property and it will pay! Hallelujah!

My darker half feels this is just end-of-boom chatter. Someone is bound to declare that property’s Enlightenment is a ‘paradigm shift’ in attitudes, if they have not done so already. But the longevity test is yet to be passed. Will maintaining a stance of higher social purpose survive the punch in the face the next recession will deliver? All of me hopes so.

GLA needs to cut up sites to aid digestion

Granting development rights to one private consortium over large tracts of public land is a mistake. Can someone tell this to the Greater London Authority please? Can someone also order all newly-minted development corporations to develop far more granular masterplans, then grant rights on far smaller parcels of the land that they own? Plans to build on 67 open acres at Silvertown have been delayed for two decades. One developer after another found the Royal Docks scheme too big to swallow. The consortium, led by Sir Stuart Lipton, appears to be packing its bags after five years.

The GLA has not learned the lesson. In April, London mayor Sadiq Khan announced a partnership with ex-Quintain boss Max James. The plan is to pack ‘n’ stack 7,000 homes on 50 acres not far east of Silvertown. Max is a fine and trustworthy fellow, but entrusting 50 acres to one man and his backers?

The GLA also finds these big parcels hard to swallow. Nine months ago, London & Regional was told after a long and laborious tender process that it had won the bid for the £1bn redevelopment of the 25-acre Albert Island (think of it as a drain plug between the Royal Docks and the Thames). Since then, silence.

Bad thoughts about the relevance of allowing Grenfell Tower inhabitants to tell their story were dispelled last week by the dignified comportment of survivors telling terrible tales. One tale that affects the entire development sector has yet to be told. Dame Judith Hackitt, author of the Independent Review of Building Regulations and Fire Safety, sniffed at the root of the scandal last month, when she stated: “The process for testing and ‘certifying’ products… is disjointed, confusing, unhelpful and lacks any transparency… classification and testing needs to undergo a radical overhaul.”

A Rottweiler is now needed to stick its nose into the money trail. Developers who rely on quality assurance certificates are being misled. The main income for testing houses comes from building material manufacturers. Those who run the testing houses are hugger-mugger with material suppliers. Look at the source of income of those who print out accreditation certificates. Government funding of truly independent testing petered out years ago.