Will REITs be all right? The future doesn’t look bright as values fall and caution rises

Karl Marx said that history repeats itself “the first time as tragedy, the second as farce”. 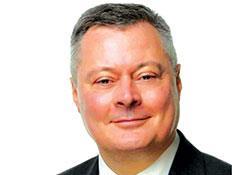 A year ago, we decisively sold the UK REIT sector as an overvalued and over-owned bond proxy. Interest rates might well be close to zero, but real estate doesn’t cover its custodial costs of transaction, management, depreciation, etc.

The sector has nosedived 30% from peak to trough in the last 12 months, and this year is down 10%, but the overall equity market is up 10% so it’s a big underperformer.

The problem is that no one really knows what is happening in the real estate market. REIT shares are trading 20% below their net asset values (NAVs), but the ‘V’ in ‘NAVs’ is unreliable. It could be that the NAVs are wrong, rather than the share prices.

The Bank of England has cut base rates to 0.25% and its quantitative easing programme points to the economy weakening. We think real estate pricing is heading back to the pre-inflationary 1950s economic framework with an income yield and not much more.

When the Bank of England’s deputy governor Dr Ben Broadbent was asked if there was a real prospect of another rate cut, he replied: “Absolutely.” 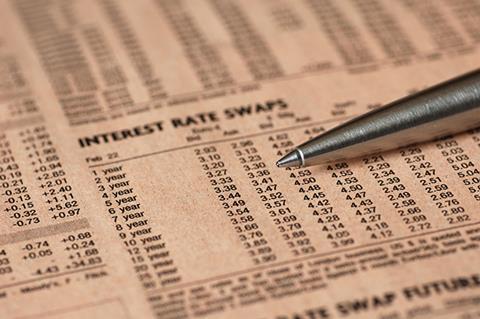 Our latest forecasts - more guesswork than usual - conclude that average commercial property values will probably fall 12% during the next 12 months or so, versus our previous estimate of a fall of 5%. We put this down to high rental growth assumptions being cut back in a global growth slump.

Worse still, the London office development bubble has yet to meet the potential post-Brexit vote shock of as many as 100,000 jobs moving to continental Europe with the loss of passporting rights into the EU. We also expect retail’s structural shift from physical shops to sheds to be hastened by house-price deflation and consumer retrenchment.

Unlike equities and bonds, which are continuously traded with transparent pricing, the UK property market is in a valuation vacuum. The exceptions are open-ended funds, which have been forced sellers at discounted prices to try to prove liquidity and avoid the rerun of a split capital investment trust scandal.

These funds still own around £25bn of inventory and need a long-term solution. We think the real estate market needed Brexit or a similar external catalyst to trigger a short, sharp pricing shock and avoid a rerun of the valuation salami slicing of 2007-08, when investors lost confidence in real estate as an asset class.

Property valuations are now being qualified with ‘advisory’ and ‘uncertainty’ clauses, which is deterring lenders, so loan-to-value ratios are reducing. Sovereign wealth funds have blunted purchasing power, with oil at sub-$50 (£38) a barrel. Norges Bank Investment Management has taken a pre-emptive 5% valuation cut on its UK real estate portfolio - a collection of far-from-shabby assets - which questions the ‘wall of money’ theme REIT buyers are still pushing.

US opportunity funds view AAA-grade real estate lease income as being wrapped in an AA-grade UK country, which might yet hit $1.20 to the pound.

The IPD UK Monthly Property Index shows capital value fell by 2.8% in July, which after June’s 0.3% fall means the market is officially in recession. CBRE has London office values down 6% in July, with all property down 3.3%, offices down 4.1%, retail 3.6% and industrial 2.2%, with rents more or less flat. 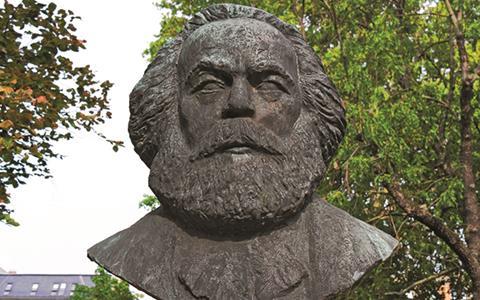 Do people really own the means of production? - Source: Shutterstock/Artono

Intu’s upward revaluation of its discounted purchase of a 50% share of Merry Hill Shopping Centre was unexpected and we think the company’s intu Bromley Shopping Centre will sell at a meaningful discount to book value. Price discovery is on its way.

It’s a wall of worry with other negatives. The proposed legislation to limit the tax deductibility of debt and the ability to use offsettable tax losses could crimp the two financing wheezes that have made much of modern property financing feasible.

Office valuations will, we think, move from equivalent yields valuations to expanded initial yields at up to 50 basis points. Shopping centres will start to price in impending lease renewals and obsolescence; retail parks will price in over-renting; and long-let big-box logistics will increasingly be priced like bonds in one of the market’s few hot sectors, along with the student housing and self-storage sectors.

As real estate returns flatten, deleveraging, development de-risking and cost cutting are becoming ever more popular with shareholders and every £1 on the admin charge is 90p off the dividend.

So whose company is it anyway? After all, Karl Marx believed the people should own the means of production.