Would sheds take a battering from Brexit?

The potential effect on the light industrial market in both the UK and continental Europe should the UK vote to leave the EU has obviously occupied my thoughts. 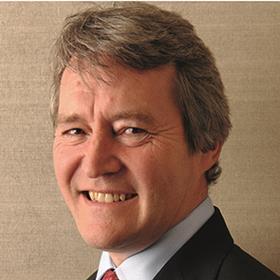 After much reflection, I am, actually, confident from both an occupational and investment perspective that our sector should be unscathed.

From an occupational point of view, I do not believe that Brexit would have any dramatic effect in either the UK or continental Europe. Light industrial and urban logistics properties are part of the warp and weft of the regional economies in which they are situated. Since these buildings are the most flexible and inexpensive of all commercial property types, the occupational audience for them is broad and deep.

In the long term, if Brexit leads to a stronger UK economy, then demand for sheds will grow; if it leads to a declining economy, demand will shrink. But, as long as people live and work in any given region, there will continue to be demand for these buildings.

Furthermore, Brexit is unlikely to materially adversely affect one of the major demand drivers for sheds - the growth in retailing commerce. This is reflected in demand for units for last-mile delivery, returns handling and occupation by small and medium-sized internet-based businesses.

The other interesting dynamic regarding sheds is that investment pricing is still materially less than replacement cost, including land value, in most regions of the UK, Germany and the Netherlands. This means that if shed values do not grow, perhaps due to uncertainty regarding the effect of Brexit or the perceived risk of falling demand, no more sheds would be built, thus helping to protect rents and values in a downside scenario.

With regard to the investment market, uncertainty following Brexit could temporarily reduce activity and confidence across the board. However, the UK real estate market is attractive to investors for many different reasons that will not be affected by Brexit, such as transparency, the legal system and stability.

And sheds are again in a relatively good place, with rental growth definitely coming through and the gap between yields and the cost of money still at an all-time high.

Even if interest rates in the UK were to rise a little post-Brexit, we would still be in a fundamentally low-interest-rate, low-growth, low-returns environment, which should ensure continued investor interest in relatively high-yielding sheds.

Last, but not least, there is speculation that Brexit would be accompanied by a significant weakening of sterling relative to the euro and dollar. Experience has taught us that currency movements often don’t follow the script.

But even if it proved to be the case for pan-European UK REITs, such as Hansteen, which reports in sterling, it would make a nice change for us to see a reversal of the remorseless strengthening of sterling against the euro that has taken place over the past few years.