Congratulations to all winners and shortlisted parties at this year’s Property Awards 2012 - scroll down to see the full list of winners at the industry’s biggest property event. 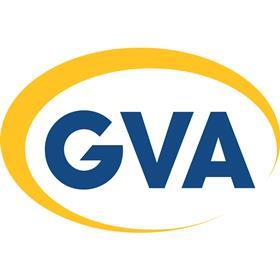 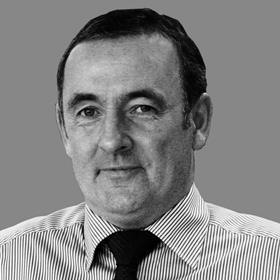 Industrial Agency Team of the Year:

Niche consultancy Burbage Realty was incredibly active across small and large sheds last year on more than 9m sq ft of instructions. It increased profitability through concentrating on bigger deals and existing clients, highlighted by an 825,000sq ft prelet at DIRFT 2 and winning a 5m sq ft instruction at Peterborough Gateway. 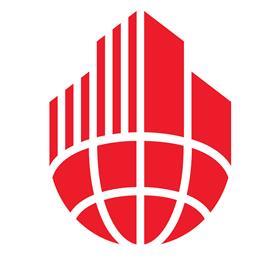 The highlight for the retail and leisure team at Cushman & Wakefield was representing B&Q on the biggest out-of-town retail deal of 2011: the acquisition of 31 Focus stores, totalling 800,000 sq ft. Cushman & Wakefield’s strategy was to focus on occupiers, which led to some huge mandates, including being awarded the management of the combined portfolio of Everything Everywhere of 800 properties and being retained by a number of occupiers, including Wagamama. 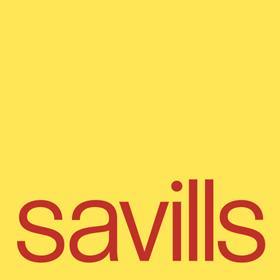 Office Agency Team of the Year: Savills - sponsored by Innesco

Savills developed their Tenant Representation capabilities leading to the formation of a new JV entity with CresaPartners. This converted into major new business, advising the likes of EMC2, Inventiv Health and Sanofi Aventis. The Savills team have had huge instructions right across the country from the disposal of 800,000 sq ft at London Kings Cross to jointly selling Chiswick Park to Blackstone. Highlights continue in Manchester (One St Peters Square), Leeds (The Mint), Birmingham (Longbridge) and Cardiff (1 David Street). 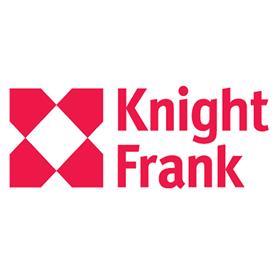 Investment Agency Team of the Year: Knight Frank - sponsored by Bank of Singapore

In 2011, Knight Frank’s London investment team demonstrated unparalleled access to international capital acting for more than 20 nationalities across the globe. Key deals include acting on behalf of German fund manager KanAm to sell its £1 billion Central London Portfolio, one of the largest prime office portfolios for sale in London and, together with Ernst & Young, were appointed as joint advisers on the disposal of Battersea Power Station. 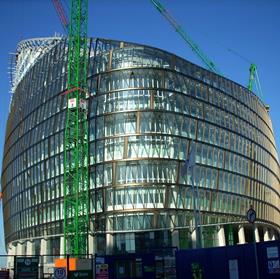 An innovative, low carbon and highly sustainable building was fundamental to the original brief for 1 Angel Square. The building has been developed during the design and construction stages to ensure that it is adaptable and flexible in its operation and is highly efficient in the consumption of resources. This has been achieved through a collaborative design approach between the Co-operative Group, 3DReid, Buro Happold and the Construction team BAM. The building has already achieved BREEAM Outstanding at design stage and is on course to maintain this standard post completion alongside EPC A and DEC A - the first commercial building in the UK of this size and scale to achieve all three. 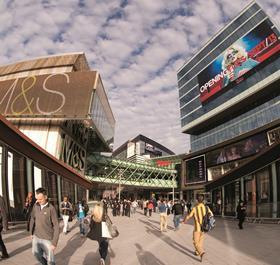 Westfield opened its 1.9m sq ft Westfield Stratford Shopping Centre to 150,000 shoppers on 13 September, cementing East London’s place on the retail map. The £1.45bn retail centre is Europe’s largest urban shopping centre and the gateway to the new Olympic Park. It is home to more than 300 shops, 70 restaurants, a 14-screen cinema, three hotels, a bowling alley and the UK’s largest casino. The centre opened with an occupancy level of 96%, with stores including John Lewis, Marks & Spencer, Forever 21, Hollister, Apple, Prada, Primark and Hugo Boss.  As it opened its doors, developer Westfield and its partners, APG and the Canada Pension Plan Investment Board, signed a £550m debt package, believed to be the biggest UK property debt deal of last year. 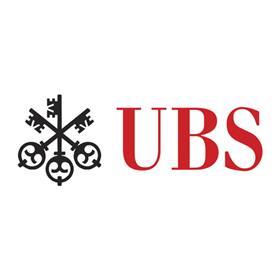 Sam Sananes, 34, has been the portfolio manager for the UBS Central London Office Value Added Fund since September 2008. He is responsible for the strategic management of the fund, investor relations and business development. In June 2011 he secured consent from his investors at an EGM to restructure the fund into a closed-ended structure with a fixed life until 2015 focusing only on Central London offices (previously the fund had been open-ended with an investment strategy that included south east offices). Since the conversion, three new investors have subscribed to enter the fund and further investment is expected in 2012. In 2011 the fund produced a total return of 14.6%, making it the third best-performing unlisted real estate fund and the second best-performing central London office fund. During the year the fund delivered a distribution yield to its investors of 5.6%, which was the highest income distribution by a specialist office fund. 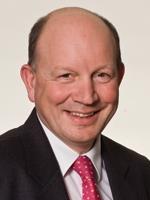 Property Newcomer of the Year: Roxhill - sponsored by Cluttons

Roxhill is the fourth industrial developer set up by David Keir after Ashford Developments, Kingspark and Rosemound. In March 2011 Roxhill secured an initial £40m of equity backing from global property fund manager Forum Partners and UK-based developer and investor Mark Glatman. At the same time Jason Dalby, former managing director of Goodman UK Logistics and a longstanding ally of Keir, joined Roxhill as managing director. Roxhill has bought 275 acres of land and entered into conditional contracts, options and development management agreements on a further 1,025 acres. 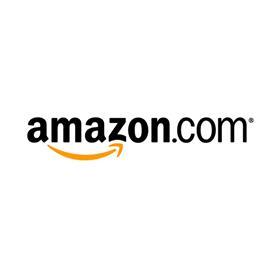 Occupier of the Year: Amazon - sponsored by Telereal Trillium

Amazon, the Seattle based e-retailer dominated the market for big warehouses in the UK last year.  In January, Amazon preleased a 1m sq ft mega-shed in Dunfermline, Fife. The shed would be built on a site in Calais Muir was the largest industrial property transaction ever to take place in Scotland. Halton Borough Council approved plans for ProLogis to develop a 1.2m sq ft shed for Amazon at the Mersey Multimodal Gateway logistics park, known as 3MG. 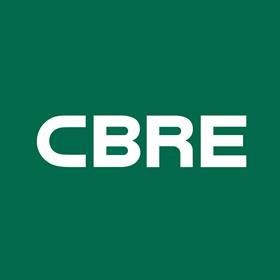 The completion of the three-stage deal came after CBRE bought the ING REIM operations in Europe, including the ING Real Estate Select global fund of funds business, for up to $540m. CBRE had earlier bought ING Clarion Real Estate Securities for $324m and ING REIM Asia for $45m. CBRE Global Investors has more than 1,100 employees in 21 countries. 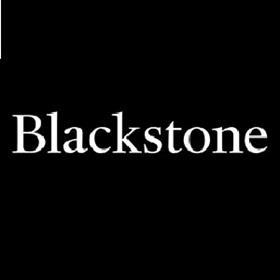 Blackstone appointed King Sturge to sell its 1,000-bed student housing block in London’s King’s Cross for more than £180m. In November, a sale of the entire student housing arm, Nido, was agreed for more than £400m to investor Round Hill Capital. In May Blackstone agreed to buy Australian property company Valad Property Group for £137m, or £537m including debt. The price was a premium of more than 50% to Valad’s share price, but a discount of 35% to its net asset value. Blackstone’s GSO Capital Partners arm led the refinancing and financial restructuring of Miller Group, the UK’s largest private housebuilder. The debt restructuring arm was at the head of a consortium which put £160m of new equity into Miller, and refinanced some of its £600m debt pile. 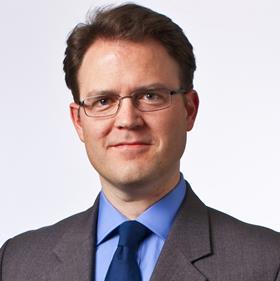 Developer of the Year: Great Portland Estates - sponsored by Savills

GPE swapped its freehold interest in 79/89 Oxford Street, London W1, with a private investor in return for a new 250-year leasehold interest at both 79/89 Oxford Street and the adjoining property, 73/77 Oxford Street. In September it acquired a 2.3 acre freehold site in London’s West End between Rathbone Place and Newman Street. GPE paid Royal Mail Group £120m for the freehold interest and leased back the entire site to Royal Mail until June 2013, receiving total net rent of £4.6m. At the end of the year GPE’s pipeline of opportunities included 18 uncommitted projects, giving a total programme of 3.3m sq ft, covering half of its existing portfolio. 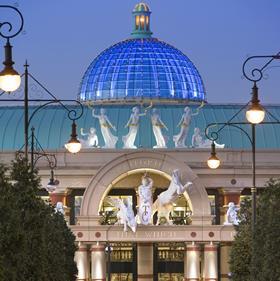 Deal of the Year:

Peel Group’s sale of the Trafford Centre for £1.6bn - sponsored by Santander

On 28 January Capital Shopping Centres completed the £1.6bn purchase of Manchester’s Trafford Centre, the largest single-asset deal in UK property history. CSC issued 205.9m new shares to Peel – most at 400p each – which has given Peel a 23.2% stake in CSC. John Whittaker joined the CSC board as deputy chairman. The sale, Whittaker said, was the natural consequence of owning his empire through a family trust: “When you’re young, you want to own 100% of everything but, as you mature and mortality creeps up, you have to take out the risk in your group and influence companies in the right direction but not run them entirely on your own. The Trafford Centre is now the most valuable CSC asset commanding zone A rents of £400. 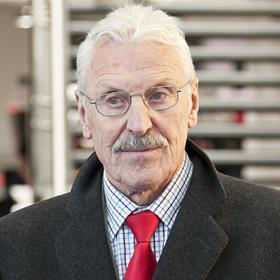 Property Company of the Year:

Peel completed the £1.6bn sale to Capital Shopping Centres of Manchester’s Trafford Centre, the largest single-asset deal in UK property history. CSC issued 205.9m new shares to Peel giving it a 23.2% stake in CSC. In February Peel opened a 268,500 sq ft exhibition centre, Event City, next to the Trafford Centre, dwarfing other exhibition centres in the north-west. Peel put its 20-year masterplan for Mersey Ports out to consultation. They aim to turn the Port of Liverpool and the Manchester Ship Canal into a logistics hub with warehousing, processing facilities and the development of space for new sectors such as biomass energy, offshore wind power and recycling. 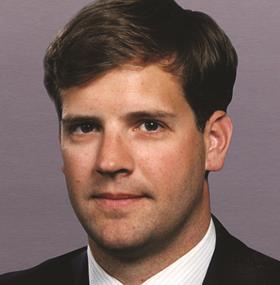 Blackstone bought Chiswick Park in west London for £480m in March last year. The sale price of £480m represented a yield of around 7.5%, once vacant space is fully let and developments are completed. Blackstone won the hotly-contested, year-long battle to buy a stake in a £1.4bn portfolio of UK property loans from the Royal Bank of Scotland, codenamed Project Isobel. Chad Pike, previously global co-head of real estate at Blackstone with responsibility for Europe and Asia, stepped up to a new role as overall European vice-chairman. Pike will lead a new strategy for Blackstone, buying assets from banks and financial institutions that do not easily fit into its current funds. 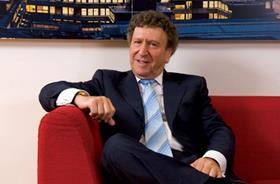 June 2012 will see practical completion of the tallest building in the UK, the Renzo Piano-designed, 920,000 sq ft Shard. The man behind this global icon, Irvine Sellar, has led the project through 13 years from conception to realisation, defying the global financial meltdown, the threat of terrorism and scepticism of his ability to deliver the project. Whatever has gone before, most believe that the Shard has changed the London skyline for the better and helped once again cement London as the world’s global financial centre. 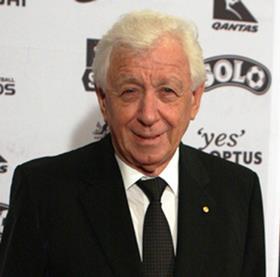 Since Lowy co-founded Westfield Group 52 years ago, the company has gorwn into one of the most important retail property players in the world. It has a market capitalisation of £13.5bn and last year achieved a major milestone with the opening of Westfield Stratford City - Europe’s largest shopping centre.