A purchaser of development land successfully sued the county council for substantial damages due to its failure as the highway authority to accurately record that certain land it intended to sell for car parking could be part of the public highway (Chesterton Commercial (Oxon) Limited-v- Oxfordshire County Council (22 July 2015)). 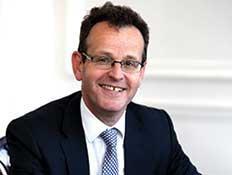 On 3 August 2007, Chesterton Commercial exchanged contracts to purchase land at Bell Street, Henley-on-Thames for £1,245,000. It intended to redevelop the land for residential use. It had undertaken a Local Authority Search which did not disclose that any of the land was part of the highway.

However, there had been a longstanding uncertainty as to whether part of the land at the front was still part of the highway? The Henley Society had raised the issue again in 2005 but Oxfordshire County Council, the relevant highway authority, thought there was inadequate evidence the  land was part of the highway and, accordingly, did not include it in the list of streets  it is required to make and keep up to date and provide to local authorities under Section 36 of the Highway Act 1980.

Finally, on 23 August 2007, after Chesterton Commercial had contracted to buy the land, the council amended the list to make clear that it was investigating whether the front part of the land was still a public highway. Absent a stopping up order, land that was once used as a highway remains a highway even if such use has ceased. Following further detailed expert investigation, the council concluded in 2009 that the land was still highway land maintainable at public expense.

Chesterton Commercial completed their purchase in September 2007 in ignorance of the council’s change of position and then encountered problems in 2009 in proceeding with selling car parking spaces on the front land as Local Searches now revealed that it may be part of the highway. It applied for a stopping up order to remove any public rights of way but that application was refused. Accordingly, it sued the council for negligence and breach of statutory duty.

The council denied any duty was owed regarding maintaining the List of land forming part of the public highway but the court held that it had been negligent in not making clear by August 2007 there was a dispute as to the land in question and, as it is known that purchasers rely on searches made of highway authorities, the court confirmed there was a duty of care owed to the public.

As a result of the list being incorrect and misleading, the court held that Chesterton had purchased the land when, otherwise, they would probably have not done so. It awarded damages of £240,000 in relation to the sum overpaid, basing such damages on the amount that Chesterton could have sold the car parking spaces for. It also ordered the council to pay the abortive stopping up order costs and the additional funding costs incurred as a result of the overpayment for the land.