Prime residential capital values in central Birmingham are expected to reach £400/sq ft this year, which would mark a return to pre-recession highs.

Values are currently in excess of £350/sq ft at the top end of the market, and are expected to increase by an additional £50/sq ft by the end of the year, according to CBRE’s Birmingham City Centre MarketView for Q2 2017.

“We are yet to see a scheme where every unit has sold for £400/sq ft, but there are some schemes where 25% to 30% of the units have,” says Adrian Willet, senior director, Birmingham development at CBRE.

In the for-sale market alone, there are 3,500 units under construction and 6,500 in the pipeline in the city centre. The report says that, combined, the actual development and pipeline sales could total £1.6bn.

Build-to-rent (BTR) is also expanding in Birmingham, which experienced a relatively slow start compared with other major regional centres. The 1,530 BTR units currently under construction across five schemes in the city represent a total investment value of £250m. A further eight BTR buildings are in the pipeline, which could deliver an additional 3,446 new units. Combined, the total pipeline would represent £800m of investment in the city centre.

When the BTR units on site in Birmingham are factored in, the total units under construction in the city centre is 5,030 - a figure that brings Birmingham in line with its long-time rival, Manchester.

There were 4,954 units on site in Manchester city centre as of the end of March 2017, according to figures from the city’s inward investment agency Manchester Place.

“We have been a little bit behind the curve compared with Manchester in terms of development,” says Willet. “We are now playing catch-up in terms of activity.” 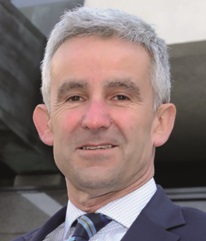 “This has led to an increase in employment opportunities and the leisure offering in the city centre has also become much more diverse, cultured and interesting. The city is finally cool again.”

Residential land values are also on the rise due to the increasing scarcity of deliverable sites, according to the report.

In 2013, developers were paying around £2m per acre for prime development sites, but CBRE forecasts that this figure could climb to an average of around £10m per acre by 2018, having already increased by more than £5m in the past three years alone. The report says that city-fringe areas such as Digbeth and the Gun Quarter are experiencing some of the strongest land price growth as opportunities in those districts become more limited in number.

“The regions are a viable entity, not just for local developers but also London and international capital,” says Willet. “Manchester and Birmingham still look very affordable compared with London, and have more to offer in growth potential.

“London will always dominate, but I think that Birmingham makes a compelling alternative for both young professionals who might want to live here and investors.”