The company said that, while the eurozone’s growth has been downgraded as a consequence of the UK’s Brexit vote, the economy is still forecast to grow by 1.6% in 2016 and 1.4% in 2017.

The outcome of the EU referendum has created market uncertainty, as it is unclear how the UK’s exit from the EU will play out and what impact it will have on the UK-EU relationship. The UK and the EU are major trading partners, and the Brexit decision could lead to reduced trade flows between the EU and UK, impacting overall economic activity.

While most forecasters have revised their eurozone GDP forecasts downwards after the referendum, Knight Frank said that the downgrades were marginal and Brexit would not outweigh other factors currently driving economic growth. 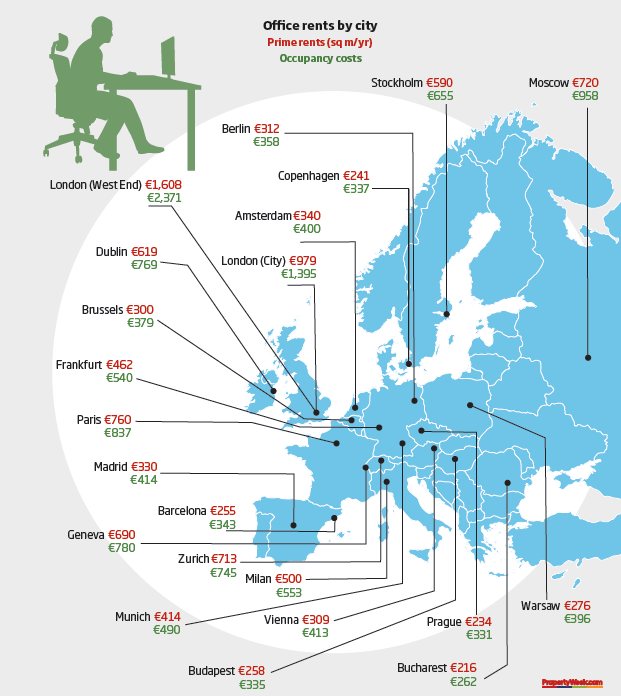 On an annual basis, aggregate office take-up rose by 5.4%. This growth was driven by strong take-up in the Brussels and Munich markets, with public sector activity boosting volumes.

Knight Frank said the eurozone PMI Services Business Activity Index rose slightly to 52.9 and job creation strengthened over the past five years, largely thanks to consumption. “The eurozone economy is in its fourth year of a moderate economic recovery,” said Knight Frank commercial researcher Lee Elliott.

“Business sentiment has been broadly positive over the last five years with firms expanding their operations. The rise of the tech sector and the evolving start-up scene have also contributed to jobs growth.”

Countries such as Spain and Italy, which were hit hard by the eurozone crisis, have moved back into economic growth and have seen improvements in their labour market conditions. 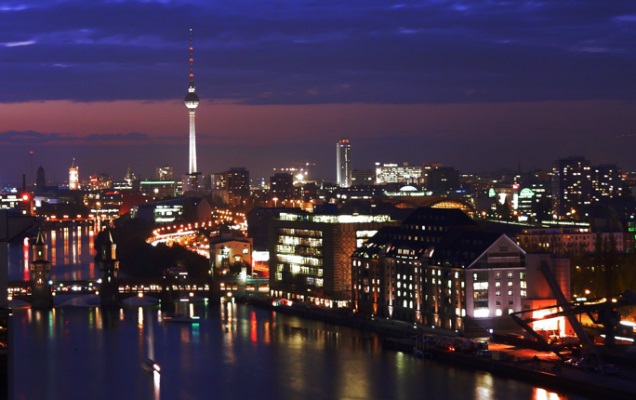 Meanwhile, Germany has remained the main driver of eurozone economic growth, and has continued to benefit from a strong export activity and a robust labour market, with unemployment dropping to 4.2%.

Across Europe, there was a marginal increase in office rents compared to last year, with the rental index rising by 2.5%, driven by strong growth in Budapest, Dublin, the City of London, Madrid and Stockholm.

“The main drivers have been improved demand combined with falling supply due to restricted development activity,” said Elliott.

This trend was particularly apparent in the major European central business districts, including Paris, Madrid, Berlin and Dublin. In Paris, for instance, economic sentiment has improved and demand is much higher than one year ago.

“Larger deals have been increasingly characteristic of the market in 2016, and corporates have been exploring their options, which is expected to lead to increased activity throughout the remainder of 2016 and into 2017,” said Elliott.

“In particular, the La Défense district has re-found its corporate appeal and has posted record first half-year take-up.”

Knight Frank said there had been an increase in supply pipelines across the eurozone and that vacancy rates, which averaged 9%, were expected to increase as ample stock was delivered to markets.

In London, occupiers were cautious in the run-up to the EU referendum. This is reflected in Q1 and Q2 take-up figures. In the second quarter, take-up across the three main submarkets was well below the long-term quarterly average.

Knight Frank said Brexit was a threat to the London office market due to its exposure to the financial sector, which could suffer if the UK loses its financial passporting status when it leaves the EU.