Industrial rents and land values continue to grow in the regions

Prime industrial rents in the regions continue to rise, but slightly more slowly than before and at a rate that is outstripped by land value increases, according to new data from Carter Jonas. 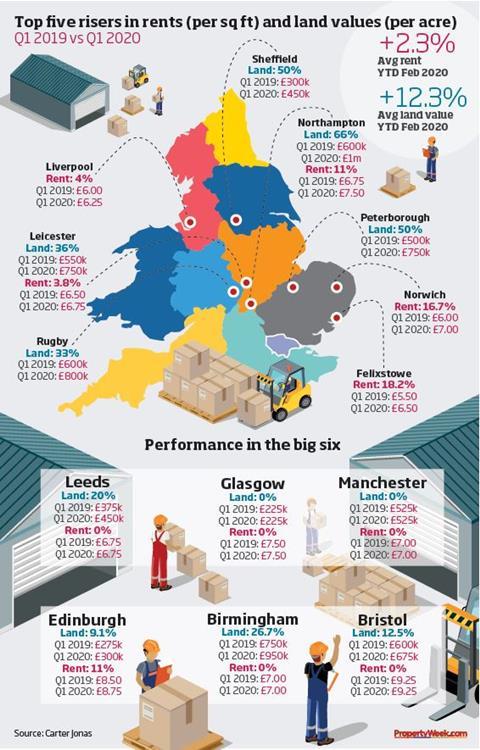 “Rental growth is not quite as strong as with land value growth, but the bubble continues to grow from a land value point of view,” says Andrew Smith, a national partner at Carter Jonas.

“There are markets where we continue to see healthy, sustainable growth in rents,” he adds, noting that the east was a hotspot for headline rental growth, at 7%. “There’s tighter supply in the area,” says Smith. 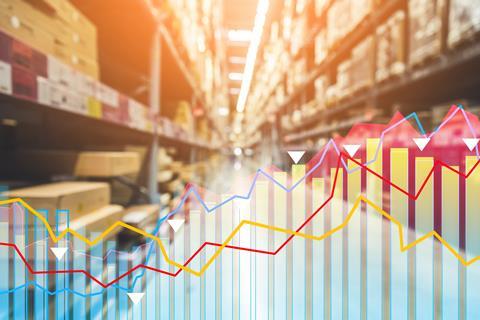 Rents and land values grew particularly strongly in Northampton, by 11% and 66.7% respectively. “There is very healthy development activity and occupier activity [in the area],” says Smith.

New developments and land deals may have sparked the growth, Smith adds. Last August, Gazeley announced that it would buy three warehouses totalling 623,000 sq ft at Panattoni Park Northampton, while a 945,000 sq ft warehouse at Midlands Logistics Park in Corby is scheduled to open in the spring.

Rents remained flat in the ‘big six’ regional cities, “largely due to a healthy supply that has been coming through”, Smith says. However, land values grew by 26.7% in Birmingham, demonstrating the city’s “good mix of manufacturing and logistics”.

“There is a lower entry point and you can get space for less than £1m an acre,” he says. “The dynamics will remain pretty strong in that market if the key industries keep up.”