Milton Keynes and Coventry are among the five fastest growing cities in the UK, according to a new report.

The City Tracker report, by Cebr and Irwin Mitchell, ranked Cambridge as the fastest-growing city economy in the country, followed by Milton Keynes, Manchester, inner London and Coventry.

The report examines a range of indicators, including GVA and employment growth, across 38 key cities, to give an overall picture of how the regional economies performed in the second quarter of the year.

Inner London was one of the biggest movers in the table, rising 20 places into the top five with annual GVA growth of 2.5% – while outer London dropped 10 spots to 14th. 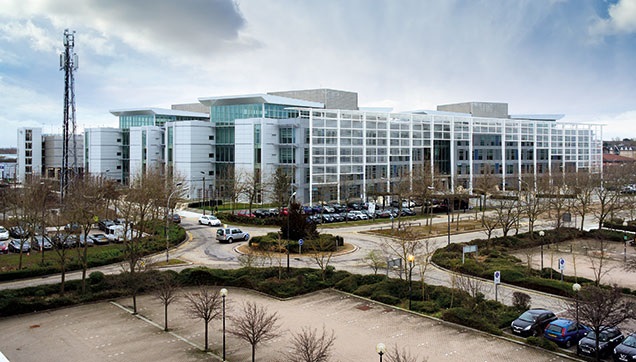 Milton Keynes is a city on the rise - Source: flickr.com/Matt Buck

“Inner London rose in the table partially as a result of the strong performance in the financial and insurance services sector,” says Nina Skero, managing economist at Cebr.

“After standing at relatively modest levels in the first quarter of 2016, annual growth in financial and insurance services across the UK rose sharply in the second quarter of the year despite the UK’s referendum on EU membership. Outer London actually had a decent performance, which was helped by the improvements in the pharmaceutical industry.”

Cambridge and Milton Keynes both posted annual GVA growth of 2.7% to hold their places in the top five largely due to their high share of service and knowledge-based industries.

Elsewhere, retail hub cities such as Manchester, Birmingham and Newcastle were buoyed by a robust expansion of household consumption, while Stoke-on-Trent enjoyed a boost from growth in the production of glassware, ceramic and porcelain.

At the other end of the scale, Plymouth, Aberdeen, Middlesbrough, Bradford and Portsmouth were the worst-performing cities.

Aberdeen fell 11 spots to second bottom in the ranking, partially due to a weak oil sector outlook.

The strength of motor vehicle manufacturing has helped drive growth in Birmingham and Coventry. However, the report noted, the decision to leave the EU poses a number of risks to the sector and to the ongoing growth prospects of the West Midlands.

“The government does deserve credit for supporting the vehicle manufacturing sector and therefore the economy of the Midlands, but foreign investment has been and remains a key driver of new projects,” adds Skero. 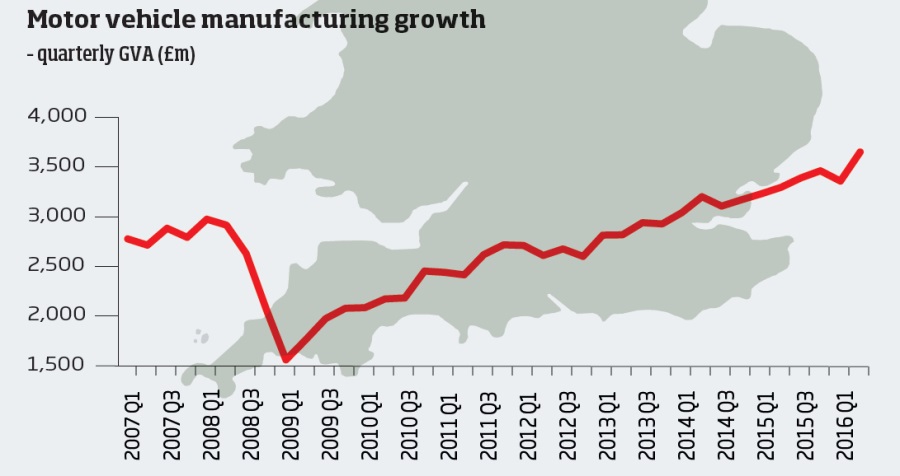