Online retailers are among the few winners from the government’s business rates revaluation, as the major logistics parks they use for distribution are set to see falls in their rateable values.

Following the release of new draft rateable values earlier this month, businesses in high-value areas around the country are set for huge increases in their rates and retailers are among the worst hit.

“The picture is often difficult for the traditional bricks-and-mortar retailer. The lack of supply of retail stock and high demand has driven rents up, especially in the West End, and this is to result in substantial increases in rateable value.”

In the regions, it is more of a mixed picture – but even those businesses that are set to see the rates fall will have the reductions capped at 4.1% in the first year under a new transitional relief system. 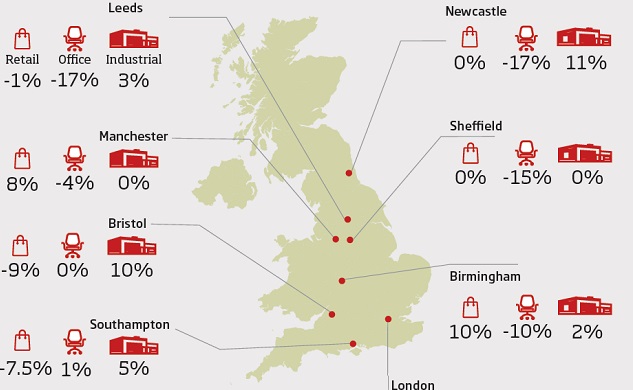 Heap says that the proposed transitional phasing scheme means that retailers may never actually see the full reductions realised in their rates bills.

The revaluation has also hit offices – with some sharp rises for grade-A space in high-value areas, and a new tiered approach to skyscrapers, with three levels of value applied depending whether the floor is at the top, middle or bottom of the building.