Average salaries and bonuses have fallen sharply in the past year as the double whammy of a cooling market and the Brexit vote hit home, reveals the annual RICS and Macdonald & Company UK salary survey, shared exclusively with Property Week.

In total, 8,463 property professionals took part in the industry-wide survey between December 2016 and January this year - up from 7,466 in last year’s survey - providing a definitive picture of what people are earning now and what they think they will earn over the year ahead.

“There’s been a fairly substantial change in the demographics this year, with more junior respondents and fewer senior respondents,” says Dugald Macdonald, commercial director at Macdonald & Company. “That is likely to be part of the explanation for why the average has fallen.” 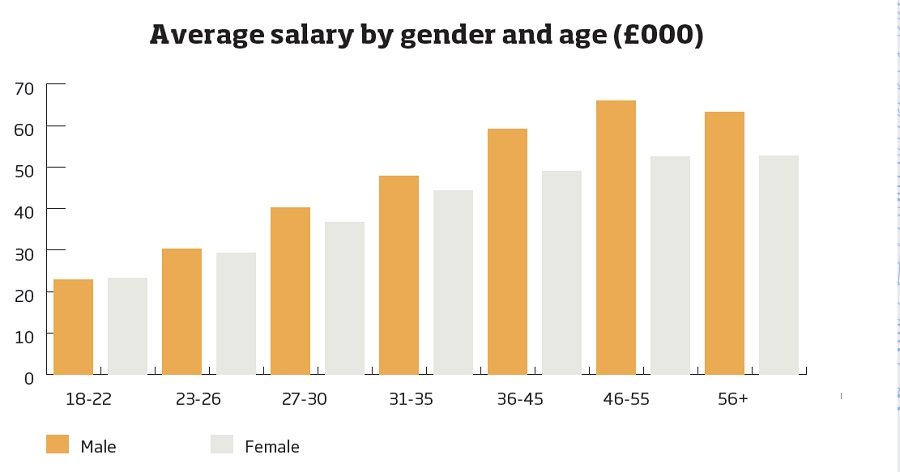 The picture is even more stark when bonuses and additional payments are factored in. 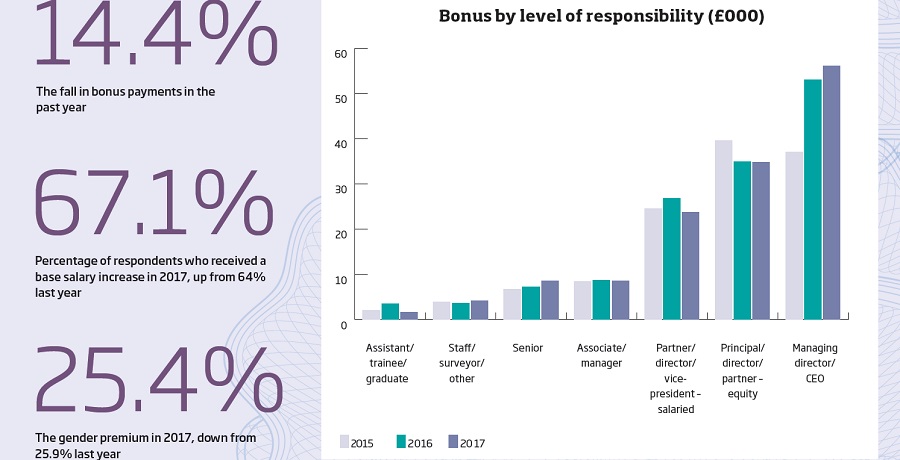 “The question is where bonuses are going,” says Macdonald. “That discretionary part of packages is often a good indication of market sentiment and they are down quite a lot. When we tally that with our experience on the ground, negotiating salaries for people, it does seem that there is a reduction in bonuses and that it is down to a tighter market and reduced activity.”

Not everyone has taken a hit, however. The survey reveals that while roles such as directors and equity partners have seen their bonuses fall, managing directors and chief executives have seen theirs increase consistently over the past three years. “If you’re an equity partner, your bonus is a share of profits and that tends to be linked to deal-making activity, whereas if you’re a CEO it’s managerial,” says Macdonald.

The general outlook, though, is not positive for bonuses. Another thorny consistent is the premium that men continue to command over women in terms of salary. This year, the premium came in at 25.4%, only marginally down on last year’s 25.9%.

“We are constantly asked about the pay gap between men and women,” says Macdonald.

“It has held pretty much steady. All we can say is that we have a lot of conversations with our clients about how to increase diversity. The premium clearly exists and the industry can’t shy away from the fact that
it exists.”

Looking to the future does not provide much light relief. Asked whether they think their pay will be affected by market conditions in the next 12 months, 10% of respondents admit they expect it to be negatively affected, four percentage points up on last year.

A further 51% expect no change, up five points, while the proportion of people who expect their pay to improve has fallen 10 points to 32%. Overall, there has been a swing of some 14 percentage points away from positivity in the past year.

The picture is even gloomier when it comes to the economic forecast. Back in 2014, 70% of respondents believed that economic activity would increase in the year ahead. The figure
fell to 59% in 2015 and 51% in 2016. This year, however, has seen confidence truly collapse, with just 31% of respondents expecting an increase.

“There is definitely a softening in expectations when it comes to pay for the next 12 months and that is also borne out by people’s general economic sentiment,” says Macdonald. “The three-year trend does show a marked softening.” 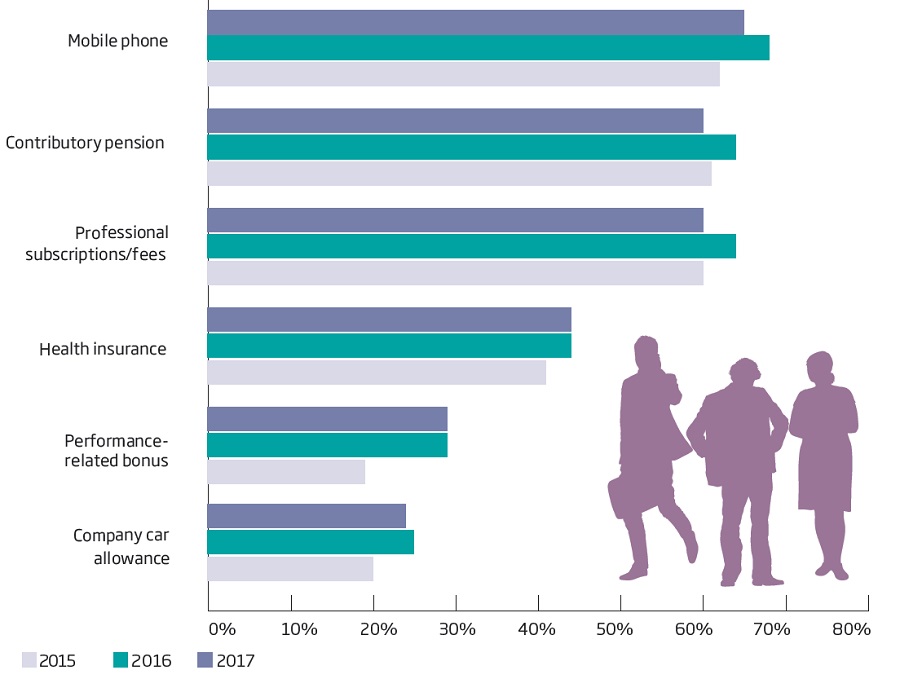 The challenge is in trying to understand whether the gloom is a result of normal market cycles or the uncertainty caused by the political events of the past year, the Brexit vote and the election of Donald Trump as US president in particular.

“It is difficult to establish,” admits Macdonald. “Our feeling was that we were reaching the top of a natural cycle anyway, but it is very difficult to separate the two. Certainly, as a recruitment business we saw a drop-off in activity around the time of the EU referendum, although it has come back over the past couple of months. There are positive signs at the moment, but in the current environment people are a bit nervous.”

Most people are, anyway. Some parts of the market remain upbeat about the year ahead.