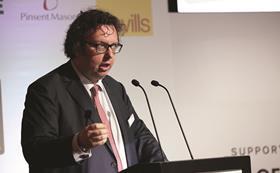 Richard Blakeway is confirmed for this year’s RESI Convention

Blakeway, a regular contributor at past RESI events, will chair the land and planning discussion stream at the conference, which will take place at Celtic Manor in Wales. Blakeway is currently chief adviser to Policy Exchange’s housing and urban regeneration unit and was formerly deputy mayor for housing, land and property at the Greater London Authority for eight years and chair of the Homes for London board. In his sessions, he will focus on key issues related to land acquisition and planning.

For the land and planning sessions, Kieran Daya, development director at housebuilder Barratt Developments, has been signed up to speak as well.

Galliard Homes’ chief executive Donagh O’Sullivan has been confirmed as a speaker at the event. He will take part in a wrap-up question time-style debate session that will end day two’s talks. Since joining Galliard in 2001, O’Sullivan has led the expansion of the company’s construction capability from a small in-house building department to a substantial company with a £200m turnover.

Finally, Sarah Davies of modular developer Pocket Living and head of debt finance at Oaknorth Bank Ben Barbanel have both also now been confirmed for the event.

The 12th annual RESI Convention, organised by Property Week, will take place from 12-14 September 2018 at Celtic Manor in Newport, Wales. For 2018, RESI has undergone a brand refresh to reflect the updated programme and an even greater focus on diversity and innovation.