The Manchester at Mipim Partnership has revealed a record schedule of 27 sessions for next month’s event in Cannes. 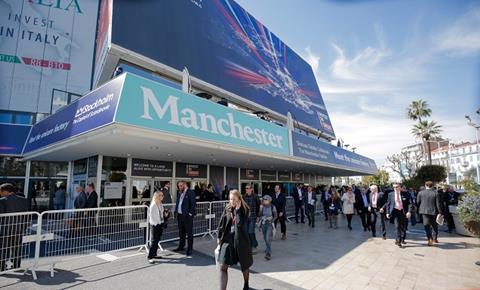 The programme, on which Property Week are a media partner, seeks to build on last year’s introduction of the Manchester Pavilion.

Leading speakers on the Manchester programme, which covers topics from science and tech to transport and housing as well as the Northern Powerhouse, include sports stars Gary Neville (founder of UA92) and Andrew Flintoff (director of Logik Developments). Property leaders including Chris Oglesby, chief executive of Bruntwood; Tom Fenton, project director at Far East Consortium and Peter Swift, managing partner at Planit-IE are also on the agenda.

Manchester City Council leader Sir Richard Leese said: “MIPIM is a vital opportunity for Manchester to promote itself on a global stage. For us to effectively capitalise on this opportunity, we need to make sure that our activity at the event is as wide-reaching, diverse and inclusive as possible.

“We’re looking forward to welcoming industry insight from some leading European cities, as well as private and public sector speakers from across the Greater Manchester region. We’ll be discussing science, tech, education, housing, health, sport, culture, environment, transport, diversity, devolution, and the Northern Powerhouse, along with all the latest on the city-region’s upcoming developments. It’s sure to be an exciting week, and hopefully one Greater Manchester will look back on as a significant milestone in its growth strategy.”

Find out more - MIPIM 2018: the importance of working in partnership

The closing event will see the Manchester and London Pavilions join forces for the first time at MIPIM to show that the two cities stand shoulder to shoulder in promoting growth for Great Britain.

The full events diary is available at manchesteratmipim.com/events-diary and you can find out more by following @mcrmipim.