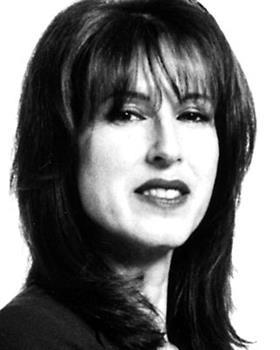 I was delighted that he singled out our excellent legal system as a key advantage being ‘blind to nationality’ and therefore fair to all. Not necessarily the case in other jurisdictions, he said.

He also mentioned that 75% of British Land shareholders are from overseas, a statistic I found so surprising I checked that I had heard correctly when I first heard it.

Outside, the sunshine seemed to engender a more positive mood on the Croisette helped along by the yachts in evidence in the bay for the first time this week. One meeting at Festival restaurant and then on to the Investec Bank lunch on the Majestic beach where imaginatively guests were serenaded by two lady violinists performing in a large plastic bubble.

The sun shone and guests lingered into the afternoon. There was just time for some meetings back at a thronged Majestic Hotel, the Montagu Evans reception and then back to a crowded London Stand for the Earls Court Show panel session including Capco’s Gary Yardley and John Leatherland of Terry Farrell and ably chaired by Oliver Shah of the Sunday Times.

Yardley outlined their exciting plans for the redevelopment of Earls Court with work due to start on the first phase at Seagrave Road shortly after the Olympics.There was interesting debate on the post industrial city and the decreasing use of the car with more people walking to work, giving rise to more public space. I’m not quite ready to walk to work.

The consensus is that MIPIM this year lacks the ‘big beasts’ of the UK property sector who need to be more in evidence prowling the event. There are a few notable absences of MIPIM regulars such as Gerald Ronson, Nick Leslau and Ian Marcus but I know that many of the ‘beasts’ are here ( some were round the table at our Tuesday night dinner) but perhaps we need to give them higher visibility on conference panels etc.

Our rock star London Mayor Boris is certainly missed as he made a huge impact last MIPIM with unprecedented crowds packing into the London Stand to hear from our celebrated ‘yellow haired’ Mayor.

I was fortunate to be invited to the exclusive Tristan Capital party last night about which I had heard so much. All I am permitted to say is that it exceeded all expectations and beyond as guests partied enthusiastically into the early hours.

There I met an interesting Norwegian property investor who has helped to answer a question that has troubled me for many MIPIMs. Where do the other 79 MIPIM nationalities go at night when the Brits take over the Croisette?

This very helpful Norwegian introduced me to a parallel Viking universe inhabited solely by Norwegians. We visited a party in full swing at a 6th floor penthouse flat right opposite the Palais where there were several hundred Norwegians, their entire real estate sector I believe, dancing the night away on a packed roof top.

They were very charming, all spoke faultless English, and seemingly to a man regularly undertook challenging outdoor activities such as climbing a mountain before breakfast.

You may be interested to know that despite enforced Board quotas, the male/ female ratio was very similar to our own property gatherings. I have to say that this was the first time at MIPIM that I was at an event where I knew absolutely nobody in the room.

As I descended to the Croisette and the normality of the Brits weaving their way to Bar Roma in the early hours I really felt I had been to Narnia and back.