The great and the good of property gathered together at Grosvenor House on Park Lane for the 2018 Property Awards. 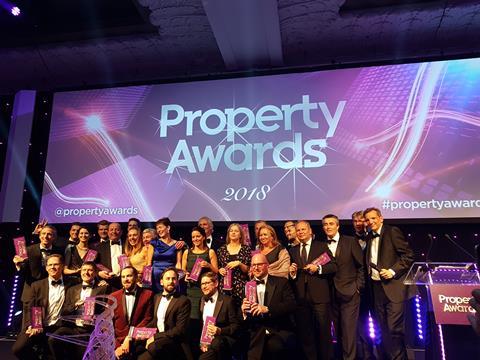 The evening was a celebration of the very best the industry has to offer, including the first-ever winner of our new Irvine Sellar Award: chief executive of the Canary Wharf Group, Sir George Iacobescu.

It was certainly a night to remember, also headlined by two new entrants into our Hall of Fame, Helical’s outgoing chair Mike Slade and The Crown Estate’s Alison Nimmo, who was also crowned as the Property Personality of the Year 2018.

See the full list of winners below ahead of full highlights in next week’s print edition: 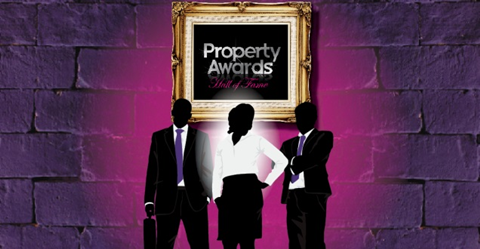 Industry heavyweight Mike Slade announced his intention to step down from his role as non-executive chairman at Helical, after 34 years with the company, earlier this year.

One of the property industry’s most colourful figures, Slade joined the board as an executive director in 1984, and was appointed chief executive in 1986 and chairman in 2016.

Also known for his love of sailing and his 100ft yacht Leopard, at the helm of Helical, Slade transformed the group into a major force in the commercial property industry from the steel rebar group it was when he took over.

He is President of Land Aid, the property industry charity, a Fellow of the College of Estate Management, Fellow of Wellington College, a Trustee of Purley Park charity and Sherborne School Foundation and Vice Admiral of the Marie Rose Trust. In April 2017, he was appointed Chairman of the Royal Marsden Cancer Charity’s Clinical Care and Research Centre Appeal to build a £50m global cancer treatment and research centre at The Royal Marsden NHS Foundation Trust.

Ahead of his final departure from Helical in July, he enters our Hall of Fame.

Alison Nimmo’s background is in major development projects. In previous roles, she worked on the regeneration of Manchester city centre following the IRA bombing in 1996 and more recently, before becoming chief executive of The Crown Estate in 2012, she oversaw the planning and development of the Olympic Park.

As chief executive of The Crown Estate, she has put her experience to good work, driving the completion of the largest development pipeline in the business’s history. This has helped deliver some impressive financial results. In 2016-17, The Crown Estate notched up a total return of 8.1%, well ahead of the IPD/MSCI benchmark return of 4.4%.

Delighted our CEO, Alison Nimmo, has been awarded@PropertyAwards personality of the year & hall of fame-thank you! https://t.co/57DOfhMNuA 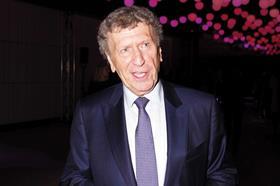 The Irvine Sellar Award, sponsored by WSP, celebrates an entrepreneurial individual or company that has shaken up the market in the past year with a groundbreaking project or initiative

It is no exaggeration to say that George Iacobescu has done as much as anyone to change the face of London. Born in Romania in 1945, Iacobescu studied engineering at Bucharest University before escaping the rule of Nicolae Ceauşescu in 1975 and establishing a career in the property industry in Canada. By the late 1980s, he had become vice-president of Olympia & York, in which capacity he moved to London in 1988 to oversee the construction of Canary Wharf.

Iacobescu stayed with the project after the developer went into administration in 1991, working first as construction director, then deputy chief executive of the Canary Wharf Group when it formed in 1995, before taking the top job in 1997. For more than two decades, he has presided over what is now unquestionably one of the greatest business districts in the world.