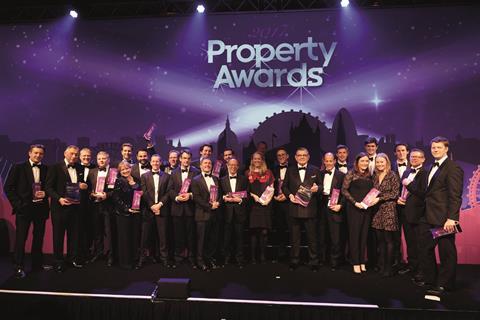 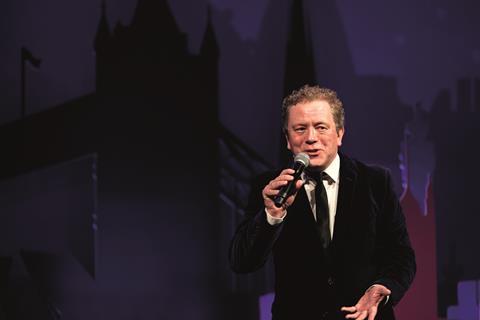 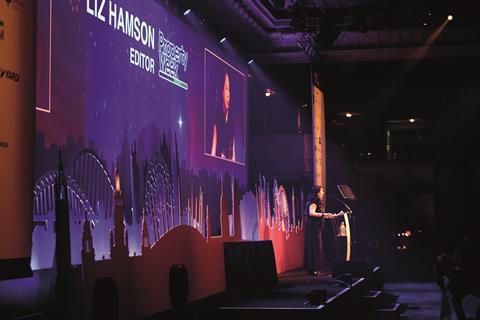 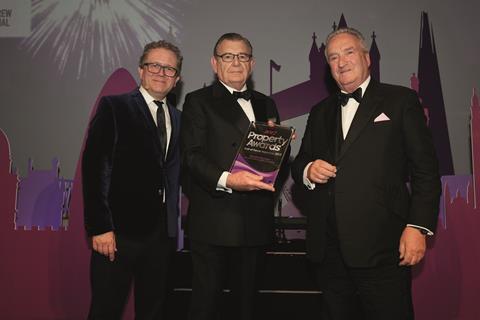 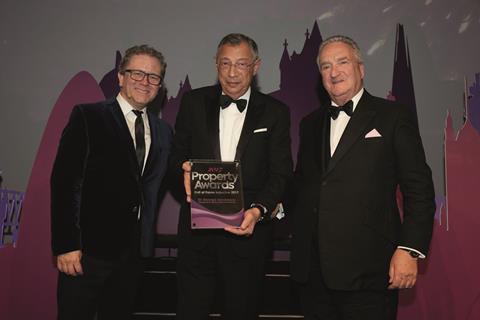 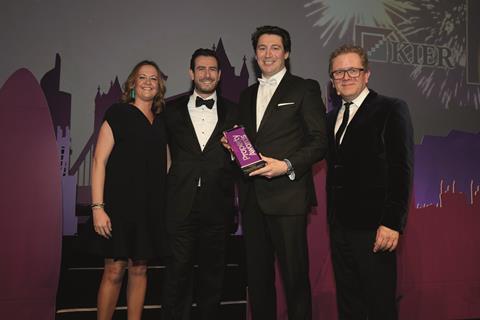 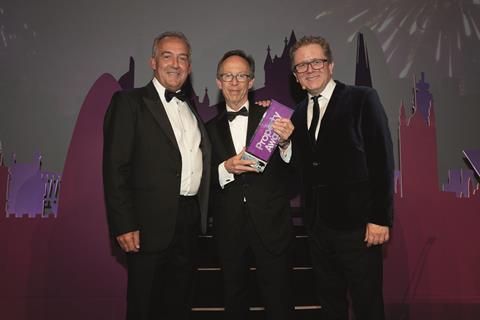 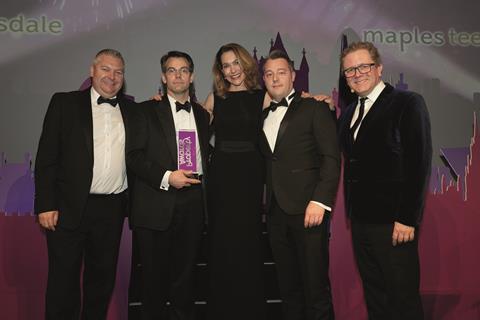 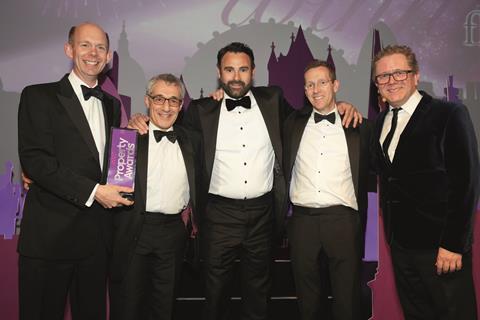 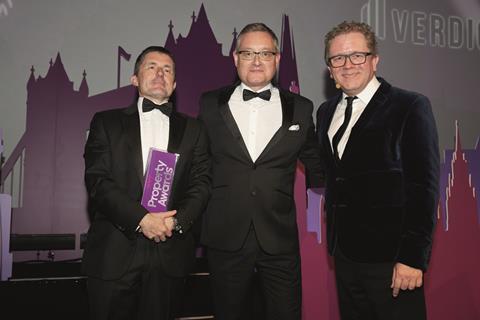 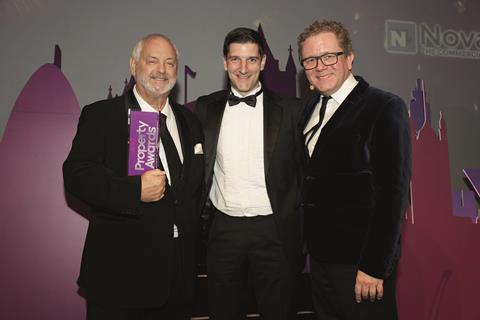 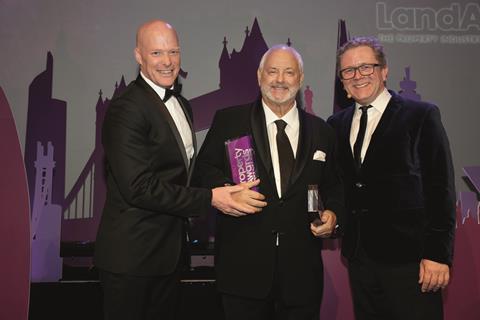 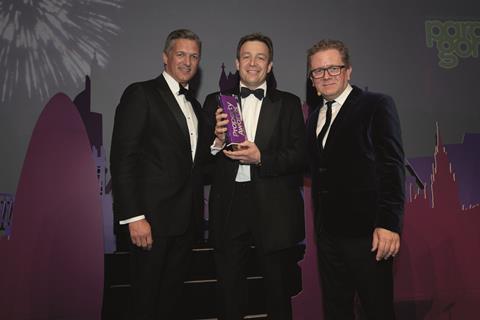 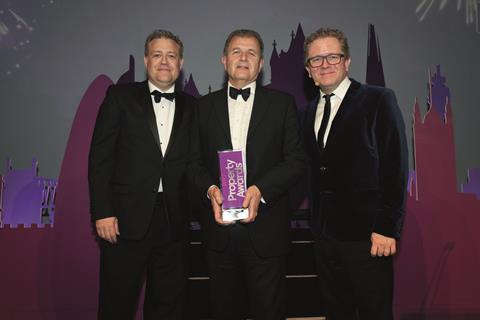 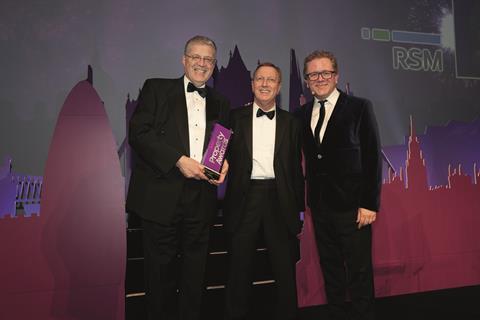 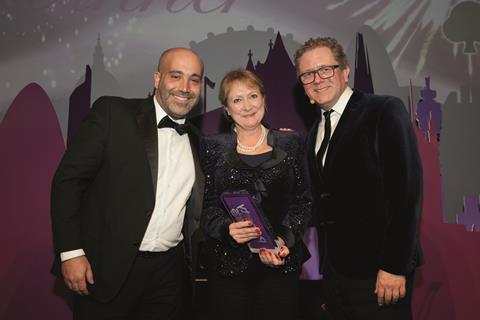 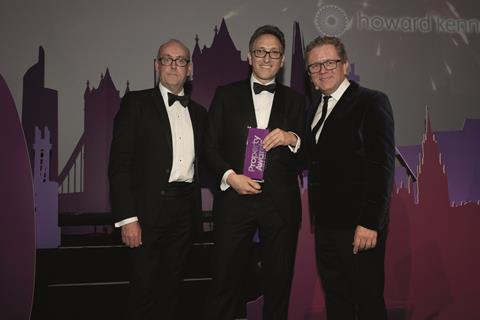 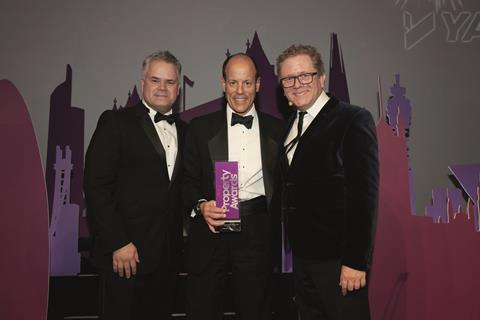 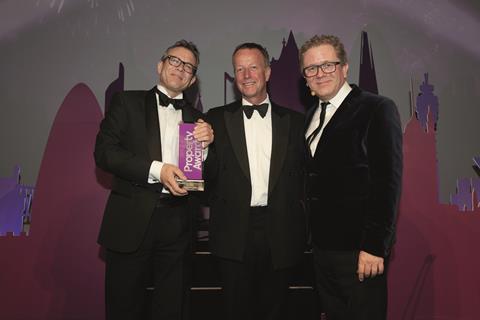 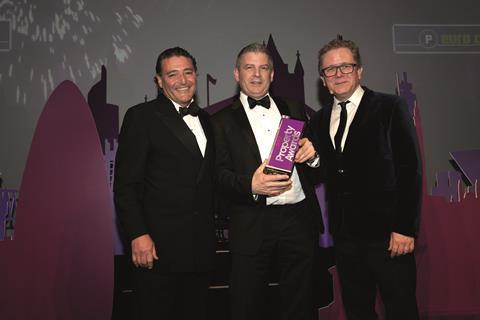 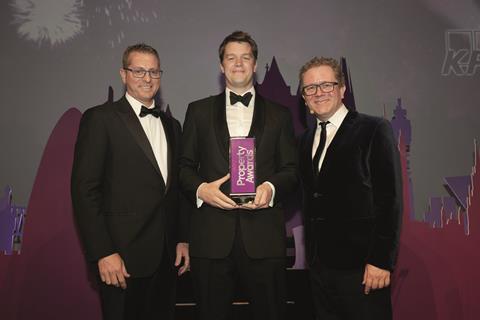 Proptech Company of the Year went to Eoin Condren of VTS 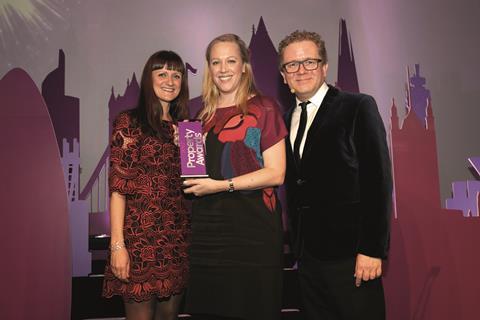 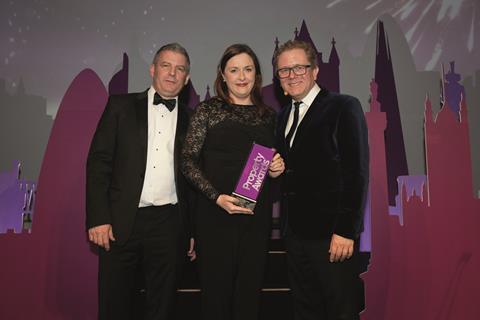 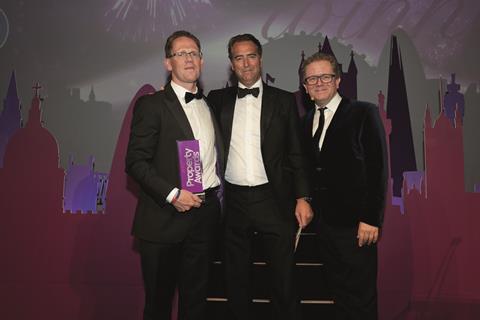 Personality of the Year Bill Hughes_L&G 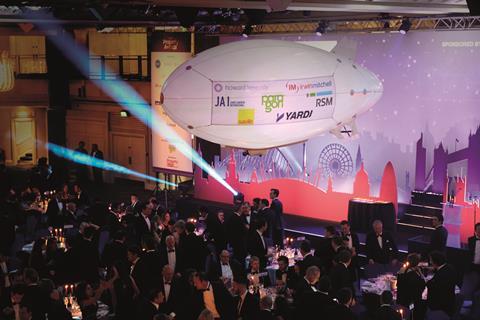 The great and the good of property gathered at Grosvenor House on Park Lane for the Property Awards to celebrate the sector’s successes of the past 12 months.

Hosted by impressionist Jon Culshaw, it was a night to remember as the best of the best were celebrated. We reveal what made the winners stand out in our 22nd annual awards, headlined by two new entrants into our Hall of Fame and the crowning of the Property Personality of the Year for 2017. 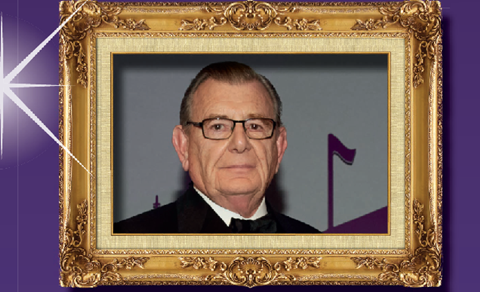 In a career described by his friends as being “biblical” in its proportions spanning as it does more than six decades, Gerald Ronson has had his fair share of dramas - fortunately more of the former than the latter.

Displaying an entrepreneurial spirit from the off, Ronson left school at 14 and a half, starting out in his family furniture manufacturing business before striking out on his own, inventing self-service petrol stations and building a sprawling business and property empire along the way.

He has made, lost and remade a fortune, but what has never changed is his work ethic. Now in his late 70s, Ronson still works a six-day week and, as he told Property Week in 2015, he will retire “when they carry me out in a box - and I’m not planning that for a long time”. Admired by some of the biggest names in the business, he is described by one as “a tough guy who knows what he’s doing and has a sense of honour and fairness”.

Receiving his award, Ronson declared: “I’m like an old dinosaur. I’ve been in the property business for just over 60 years and having developed 160 projects in nine countries around the world, as well as developments in 48 towns through the UK, I have covered a lot of ground over a lifetime!”

He has indeed - and may he cover yet more in the years to come. 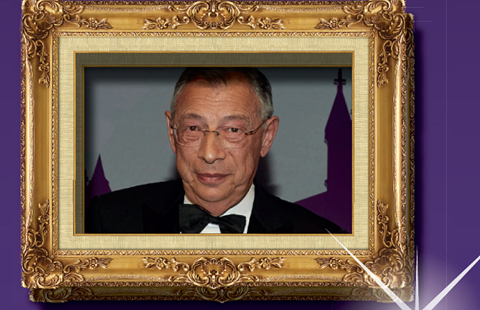 It is no exaggeration to say that Sir George Iacobescu has done as much as anyone to change the face of London. Born in Romania in 1945, Iacobescu studied engineering at Bucharest University before escaping the rule of Nicolae Ceauşescu in 1975 and establishing a career in the property industry in Canada. By the late 1980s, he had become vice-president of Olympia & York, in which capacity he moved to London in 1988 to oversee the construction of Canary Wharf.

Iacobescu stayed with the project after the developer went into administration in 1991, working first as construction director, then deputy chief executive of the Canary Wharf Group when it formed in 1995, before taking the top job in 1997. For two decades, he has presided over what is now unquestionably one of the greatest business districts in the world.

In his speech, Iacobescu described property as “something we are very good at in this country” and offered this advice to “the heroes of the future”. “Keep your eyes on what you set out to do. You will go through ups and downs, but as long as you follow your vision - and put your soul into it - it will happen. Look conservative on the outside and be a bit crazy on the inside.”

Wise words from another true legend of the industry..

Bill Hughes did not just talk the talk when it came to putting institutional money beyond the build-to-rent sector, he and his team walked the walk, announcing a new modular housing factory and he and his team launched a £1bn build-to-rent platform , through a BTR fund and joint venture with PGGM. Transforming L&G’s property fund management business into a ‘real assets’ platform, he also unlocked vital regeneration projects such as the £580m financing of DP World London Gateway and the £350m Newcastle Science Central development. And if that wasn’t enough, he was also appointed chair of the Property Industry Alliance. Described by colleagues as truly wanting to make a difference, Hughes has certainly done that in the past year.

William Newton and Tom Redmayne joined WiredScore in 2015 after the company won a GLA contract to set up a connectivity rating system for London offices. With their complimentary skills - Newton worked for McKinsey & Co and the Cabinet Office, while Redmayne worked for Cushman & Wakefield - the pair quickly grew the business.

The company has already acted for more than 60 leading UK landlords, including British Land, The Crown Estate, Great Portland Estates, Land Securities and Stanhope. The judges described WiredScore as “really of the moment” and “fresh, new and very relevant”.

Winner: Gerald Eve
Gerald Eve’s business rates team acts for clients ranging from start-ups to major corporates. It represents a quarter of companies in the FTSE 100 and saved its clients more than £2.2bn during the last valuation period, something that the judges described as “very striking”. Last year, the team won significant new clients including the Bank of England, Regus, Specsavers and Vision Express and advised high-end hotels including The Dorchester and the landmark Shangri-La Hotel between floors 34 and 52 of The Shard. It was also particularly vocal on the controversy surrounding the recent business rate revaluation, which led the judges to describe Gerald Eve as “the voice of rating in 2016” and “at the forefront of the debate”.

Winner: Malcolm Hollis
Malcolm Hollis had a strong 2016, with turnover up 23% year on year to £30m. The team grew by 46 people and has now breached the 300 mark. On the professional side, the firm now offers 19 built environment and M&E services and has seen major growth in the past 18 months in areas including project management, tenant alterations and rights of light. Its highlights of 2016 included winning key instructions for Amazon UK Services, Intu Properties and LaSalle Investment Management, as well as roles on major refurbishment schemes in Belfast, Birmingham, Edinburgh and Glasgow. The judges commented that Malcolm Hollis had demonstrated “strong growth in a difficult year”.