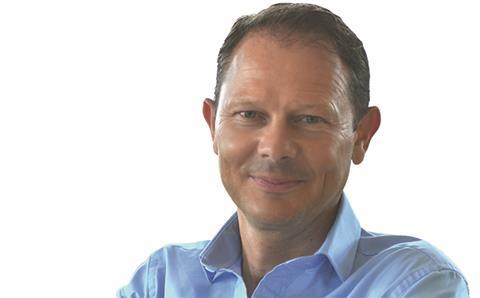 Developer db symmetry is building out 17% of the total speculative space that has been announced in the UK industrial and logistics sector. It will deliver more than 800,000 sq ft across six buildings within the next year.

The company, which was formed in 2015 when Delancey acquired a 60% stake in Barwood Developments, has a development pipeline capable of delivering 34m sq ft of space.

Property Week catches up with director Christian Matthews to find out how the portfolio is shaping up and what the future holds for the company.

It’s been two-and-a-half years since db symmetry was formed. What progress has been made in that time?

There has been a big push to increase the raw materials, so to speak. Our land bank has moved on from 1,500 acres to 2,650 acres - that’s both strategic land acquisitions and oven-ready sites that have got detailed consents.

Just last month [August] we bought a site of 50 acres in Biggleswade, east of Bedford. That’s a consented site for B8 that has also got a new access road to it. It’s very much oven-ready. We’ve also amassed 52 acres in Doncaster, 185 acres in Wigan and 180 acres in Middlewich.

And we’ve been pushing the strategic stuff we have through the planning process to secure the consents and then spending the money we need to spend on infrastructure to make the sites ready to go for development.

It is then a case of either entering into build-to-suit agreements with occupiers or spec building them out.

At the moment we are also spec building at six locations totalling 800,000 sq ft and occupier interest is good. With all these things, the nearer you get to completion the more interest you seem to have. At our two developments in Banbury and one in Bicester, we’ve got some good interest and I think we’ll be announcing some lettings at those in the not-too-distant future. We’re optimistic for sure. 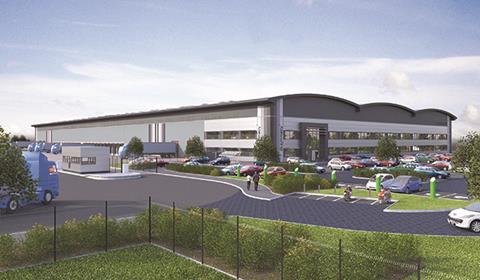 Symmetry park in Swindon will complete in Q1 2018

Do you have plans to bring forward more spec development?

In order to spec build you need to have secured detailed planning consents for those buildings, which takes time. Our strategy is very much to ensure that we have the next batch of consents sorted out so when we get to the first part of next year - and if we’ve been as successful in letting the first batch of spec buildings as we anticipate - then we can sit back and say: ‘Right, do we want to build some more?’ I think that’s something we’ll want to do.

Clearly at that point we are going to assess the general economy, where that sits and what take-up has been like in the final quarter of this year and make a judgement at that point.

Spec building is always a calculated gamble and you can only do it having assessed a number of factors. Because of the time lag involved, you need to have been doing your prep and securing the consents so you have the ability to make that decision and act on it. But, that would always be the intention - to keep driving forward.

Is spec developing a risky business in these politically and economically unstable times?

Clearly we’re making a calculated gamble on whether we should build out and speculating where the marketplace is going to be in six or seven months’ time. That is always the difficult bit because who knows what North Korea might go and do in the meantime or anything else that may unbalance the economy. Things like that are likely to unbalance the occupiers and their decisions over whether they want more space.

Do you worry that the spec risk may not pay off?

If the market started to get overweight in terms of the number of spec spaces then you’d be a little bit more nervous, but given the quantum of spec builds last year and this year that’s not the case. Those that have been bold should do well.

Last year was a year of record take-up and also there was a point when we had a record low supply. Take-up for the first six months of this year was equal to 2016 so on that basis you could look at it and say the market fundamentals are still there. We all know that the market fundamentals in terms of demand are linked to the wider economy, so you’ve always got to be looking at the outside influences. 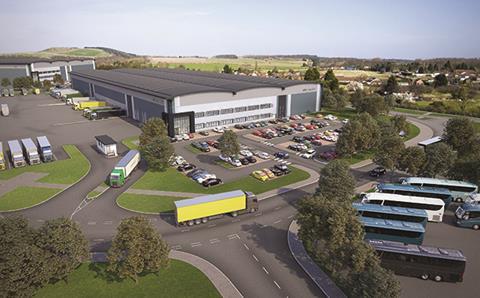 The 54-acre symmetry park at Blyth, near Doncaster, is due to complete in Q2 2018

Another factor that you must have to wrestle with is the notoriously slow and unpredictable planning system that is in place in the UK. What are your views on this?

The planning process is always a frustration for everyone, and I think even for the planning officers themselves. It is what it is; you have to deal with it as best you can. In an ideal world local authorities would (a) have more planning officers and (b) pay them more money and the whole process would speed up. But that’s not where it is - you’ve just got to find your way through the system as best you can and as quickly as you can.

Of course it’s a frustration. If you think about an occupier that wants a new building, the building can probably be built in six months but the planning process is going to take you at least four months, if you’re lucky. It’s a big chunk of time. If you can shorten it, it would be good for everybody.

You’ve been amassing one of the biggest land banks in the UK. Will land prices ever stop rising?

Land prices have been pushing up, as everything has. The reality of it all is the land price element is part of the overall equation that is largely driven by the investment market. Yields have come down and rents have gone up so the ability to pay a little bit more for land has been there, hence the pressure on pricing.

We’ve seen the investment market level off over the past 12 to 18 months, and have been seeing rents rising a bit. Throughout all this, the occupier market is the key element and if you look at the first six months of the year, take-up has been good.

So what are the long-term plans for db symmetry?

We’ve moved out of the developer-trader sector to look to build our own portfolio and our own income profile. That’s what we’re aiming at.

We are geared up in terms of land and people, and in terms of our stock the view is we would generally like to hold the investments that we create. That said, there will always be times when we’d sell certain things if we believe it is the right outcome for that individual asset or land.