Bumping up interest rate would prove fruitful for everyone

One of my mother’s favourite stories of my early childhood days was when the country was living under conditions of austerity but for very different reasons than today.

As children we were fortunate enough to live in a house backed by a large garden containing several fruit trees. One of my favourites was our cherry tree and each summer we would gather enough fruit every few days to fill a large brimming bowl. After dinner this delicious bounty was divided up between me, my brothers and sister.

One sunny day when I was five or six years old, so I am told, I was left inside to my own devices. When my mother came in, she saw me sitting at the end of the dining table, the snowy white table cloth now stained and strewn with cherry pips. My hands, face and shirt were covered in blood-red cherry juice.

Astonished and angry, she shouted: “Who has made all this mess?” I looked her straight in the eye and calmly said: “Harold did it.” Harold is my older brother and this was my stock answer when anything was broken, damaged or destroyed.

With the benefit of 60 years of hindsight, I realise I should have become a politician, for it is a universal truth that when a country suffers problems, it is invariably caused by its own politicians, who then blame some other country, system, previous political party or government.

This while the cherry juice is still on their faces!

Today’s culprits are the “bankers” and the secondary culprits are the rich and successful who don’t feel obliged to pay more than 70% of their income to a bunch of incompetent spendthrifts.

In 20 years’ time, chroniclers of the present disastrous recession will, I suspect, look back and put the blame on politicians’ deceit and mistakes.

From the comfort of my armchair I recently saw the governor of the Bank of England on television admit he did not know if any benefit would come from either further “quantitative easing” or lowering of interest rates — or indeed what measures would help the British economy to grow.

Although I would not want his job, I am more than happy to offer him some suggestions. 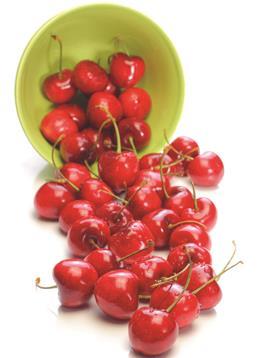 The first — which goes against everything I have ever believed in my business career — would be to put up interest rates by about 1.5% over the next year. This will encourage banks to lend — at present they pay less than 1% for most instant deposits, and thus with their current hugely increased margins of 4% or 5%, they only need to lend £1 for every £5 of deposits to break even on their biggest cost factor, after wages. In other words, to put it simply, if they had to pay more, they would have to lend more.

Second, cut out the middle man — for part of the total potential lending of the banks. The Bank of England should reclaim £50bn of “quantitative easing” and lend it directly to property companies and industry on the security of their property or business assets, on a long-term repayment loans basis of 10 to 20 years, at margins of 2%-3% over LIBOR or bank rate, in tranches of £5m-plus.

The Bank of England could easily hire 100 to 200 bankers who were made redundant over the last few years, on short-term contracts and, of course, with reasonable bonuses. Naturally, all loans would be adequately secured and it is quite likely that a large part will be repaid to many of the banks that are continuing and needing to downsize, or prefer short-term lending. This would resolve the economy’s real problem: that there is little long-term funding. Most businesses, especially in the property industry, have long-term investment horizons, which, after all, provides the stability for the whole economy.

Higher interest rates would remove a huge part of the “swaps liability”, thus releasing assets for further activity. It would also likely mitigate the extent of claims relating to missold swaps.

Higher interest rates will considerably reduce the current deficit on pension funds that is draining — and in some cases bankrupting — businesses’ necessary liquidity for expansion or survival.

Higher rates will also begin to reward pensioners and savers who have carefully provided for themselves so as not to be a burden on the state, but who have seen no benefit for their caution.

Finally, provision of a large amount of long-term funds for the property industry would stabilise property values and should help to increase values by as much as 10%, which would vastly improve many banks’ balance sheets by considerably reducing a large part of their write-offs.

This would help to achieve the government’s desire to realise profitably on their investment in Lloyds and the Royal Bank of Scotland.

However, for all this to be successful, this financing must be done quickly.