An entrepreneur, an army man & a philanthropist: Duke of Westminster obituary

It is almost 10 years to the day that I walked into one of London’s most imposing pieces of real estate to meet the Duke of Westminster. 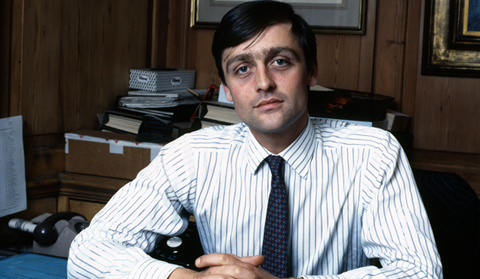 However, on this occasion we are not sitting in one of the many magnificent buildings he owned, rather in a modest corner room of the colossal Ministry of Defence in Whitehall.

Major-general Gerald Cavendish Grosvenor, who died suddenly last week at the age of 64, was sitting at his desk telling me about his new role as deputy commander of the Territorial Army. It was a role the famously charming and down-to-earth duke held for six years, during which he oversaw the transformation of what had been seen as a ‘Dad’s Army’ into the crucial part of the British defence forces it is today.

But that is not why the duke will be remembered by the property industry. As head of the Grosvenor Estate, the duke not only helped transform it into one of the world’s premier real estate portfolios, he used his privileged position to support many others, including those injured on battlefields around the globe.

Appropriately, his multiple passions as an entrepreneur, army man and philanthropist were reflected in the statement released by the Grosvenor Group following his death.

“He was a passionate country man, a committed soldier, an excellent shot and a true entrepreneur and, importantly, he went out of his way to be courteous and humorous with all people, regardless of status or wealth,” it said.

“Distinctly down to earth, the Duke of Westminster was rarely seen without a Diet Coke and a cigarette [latterly one of the electric variety]. Not much of a sleeper, he would send emails at any hour of the night and an average week would see him up and down from home in Chester to London and all over the world to visit soldiers, businesses, charities and rural estates while representing and promoting numerous organisations.”

Born in Omagh in 1951, Grosvenor enjoyed an idyllic rural childhood, learning to shoot and fish with his father and to appreciate the natural world with the family estate’s gamekeeper. 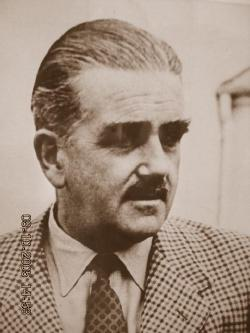 In 1967, he was at boarding school when he discovered he had become the heir to the property fortune his father, Robert Grosvenor, had inherited following the death of the 4th duke, Robert’s brother.

Having not expected to become the heir to the family’s vast property estate, he was terrified at the thought of taking on the responsibility of such a task. Speaking on BBC Radio 4’s Desert Island Discs in 1995, he told of the time his father explained he was now in line to take on the task of running one of the nation’s most prized estates.

“I remember him sitting me down and really the dawn of the realisation of what was ahead almost made me run for the door, slam it and keep on running,” Grosvenor told the interviewer.

But the young man, who had been expecting a somewhat lesser aristocratic role involving fast cars and beautiful women, knuckled down and set about learning the property business.

By the time he became the 6th Duke of Westminster following his father’s death in 1979, he had picked up a lot about the industry - not that it made his task any easier after the economic turmoil of the 1970s. 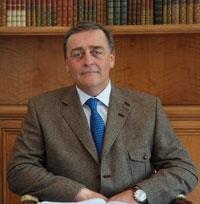 Thanks to the property nous he had acquired and the business-friendly policies of the Thatcher government, the new duke set about doing just that. He was aided and abetted from the late 1980s by chief executive Jeremy Newsum, who steps down as trustee at the end of the year, 40 years after he first joined the business.

In an interview with Property Week this April, Newsum shed light on the partnership and how the two worked together to reinvent the estate into the commercial entity it is today. “There’s a common understanding of what we both bring to things and it’s proved to be a pretty useful combination,” he says. “For him, it’s all about the values and integrity, and there are two words that you don’t find in all companies anymore: integrity and loyalty.”

Today, the estate is divided into the Grosvenor Group, which manages a £13.1bn portfolio; Wheatsheaf, which invests in agricultural and renewable energy businesses; and the family office, which manages rural estates in the UK and Spain, as well as other interests such as fine art.

At the heart is a property portfolio that includes 300 acres in two of London’s most expensive neighbourhoods: Mayfair and Belgravia.

The property division directly owns 1,550 properties, including some of London’s most prestigious addresses, such as Grosvenor Square, the site of the US embassy. 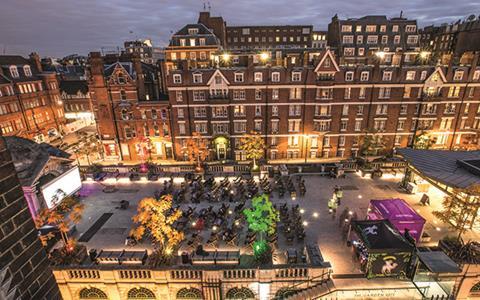 However, in recent years Grosvenor has also developed a specialism in urban regeneration, most importantly with its Liverpool One development. The project, which was completed in 2008, involved nearly £1bn of investment on the part of Grosvenor and was widely admired for its impact on Liverpool city centre.

Indeed, in the days following the duke’s death, alongside messages of condolence from the royal family and key figures in the property industry, tributes were paid by many ordinary citizens of Liverpool. It was testament to his common touch. As the Grosvenor statement put it: “He went out of his way to be courteous and humorous with all people, regardless of status or wealth.”

The duke was married to Tally and had four children: Tamara, Edwina, Hugh and Viola, as well as six grandchildren: Jake, Louis, Zia, Wolf, Isla and Orla. Following his untimely death, the family’s £9bn fortune was bequeathed to his 25-year-old son.

After an education that included state primary school and a mixed-sex private day school, Hugh Richard Louis Grosvenor has inherited his father’s title and estate, making him one of the richest men in the world.

The property world will be hoping he has also inherited his father’s zest for the business.