Back of the net: CBRE claim the inaugural PW Cup at Loftus Road 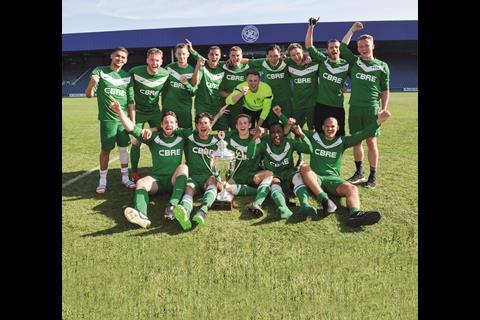 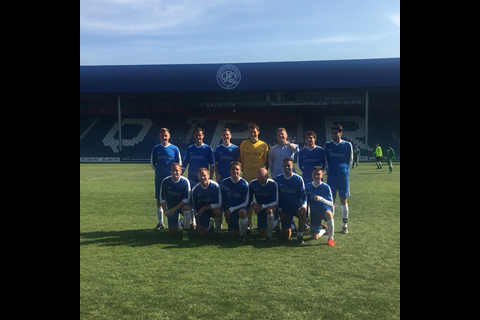 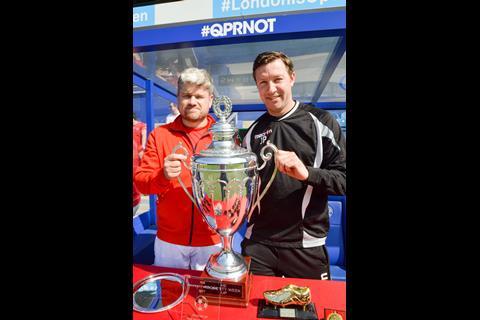 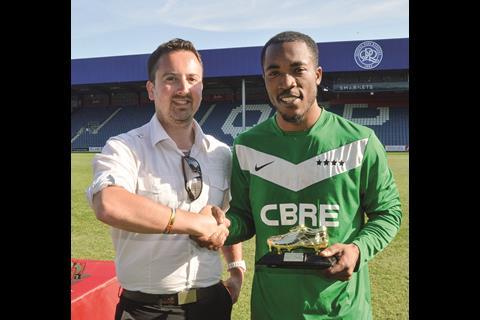 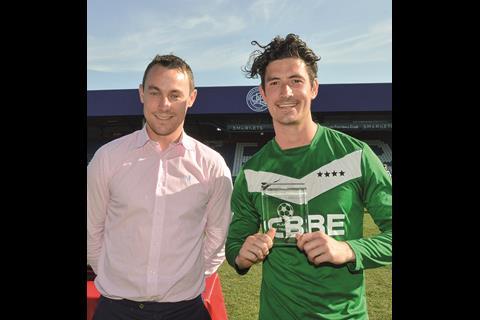 Player of the tournament Freddie Morris of CBRE 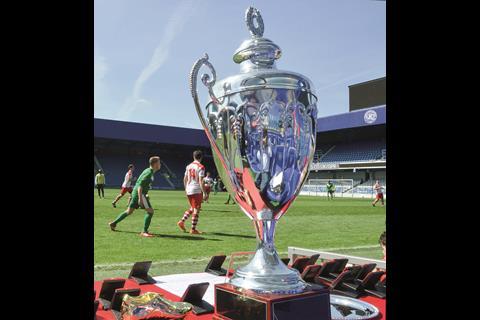 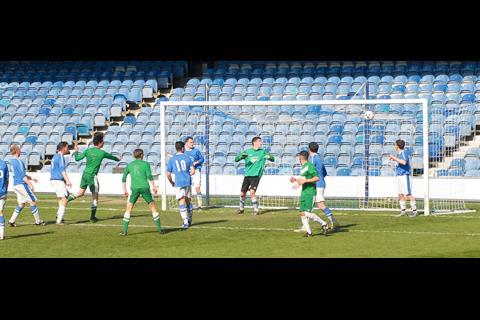 CBRE strike the winning goal in the cup final 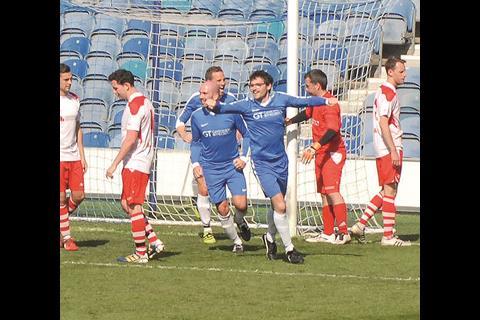 G&T drink in the winning goal in the plate final 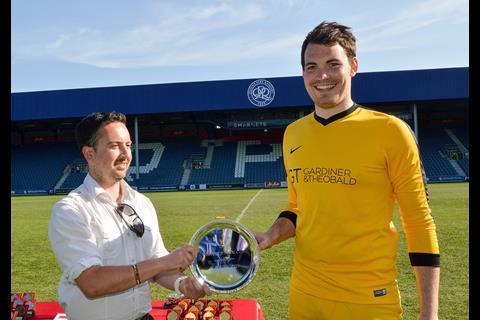 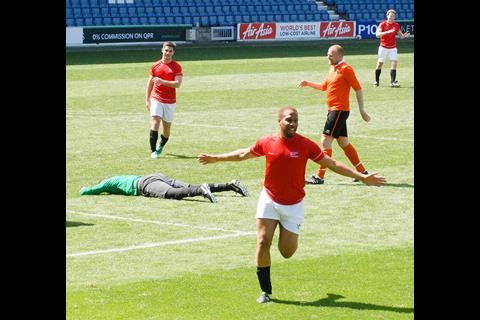 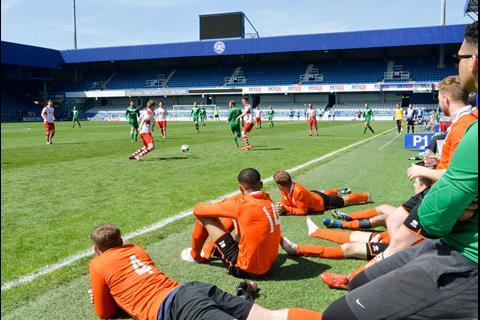 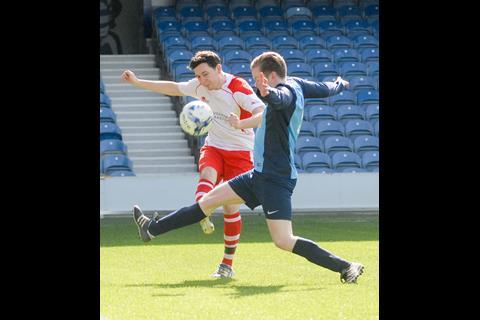 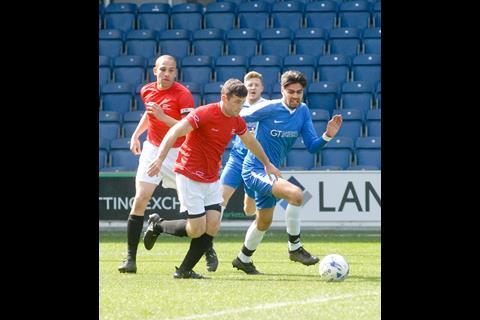 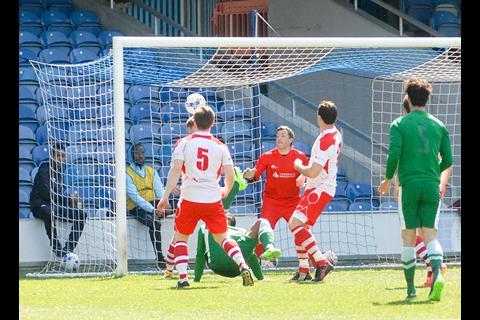 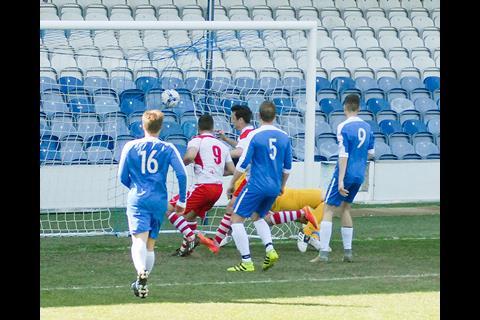 A new venue, title sponsor and organisers helped to make property’s original sporting contest, which has run since 1966, more prized than ever in 2017.

The comparisons to football’s oldest contest didn’t end there, as some of the skills on show wouldn’t have been out of place down the road at Wembley Stadium.

Despite fierce competition in the group stages, where only two games were decided by more than a single goal, the true title contenders emerged early on. 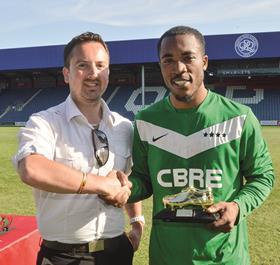 The ‘green machine’ of CBRE swept all before them in group B - otherwise known as the ‘group of death’ - winning all three games against fellow pre-tournament favourites Savills and Cushman & Wakefield (C&W), as well defending champion GVA. The game against GVA was decided by a stunning overhead kick from Loui Hazlewood en route to winning the tournament’s Golden Boot award.

Over in group A, surprise package Altus Group solidly fought through by scoring just a single goal to join Lambert Smith Hampton (LSH), which had Burnham FC’s Jon Rea-Palmer leading the line, in the semi-finals.

Alongside the main cup, there was a plate contest claimed by Gardiner & Theobald (G&T) in a tense penalty shoot-out win over C&W after a 1-1 draw. 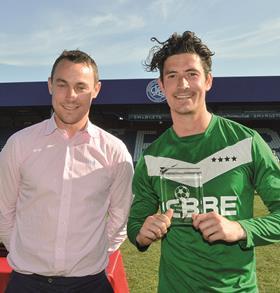 Player of the tournament Freddie Morris of CBRE

In the main competition, GVA and CBRE saw off tough challenges from LSH and Altus in the semis to set up a highly anticipated final rematch.

Ultimately the game turned on a controversial disallowed goal for GVA before player of the tournament Freddie Morris set up the winner for CBRE right on half-time. The team in green hung on for a well-deserved victory, before celebrating in style on the Loftus Road pitch and in the club lounge.

Commenting after the final, lead organiser and LSH captain Rea-Palmer said: “This was the first year for a revamped tournament that has a 50-year tradition in the industry, inspired by the ‘66 World Cup, and so we couldn’t be more delighted with the way it unfolded.

“The sun shone for us, QPR proved to be excellent hosts and we were able to put on an entertaining day’s football and raise an excellent sum of money for the Bobby Moore Fund and Cancer Research UK.”

The cheque will be presented at Wembley later this month and it’s anticipated the final figure will be in excess of £3,000 with support from sponsors Frost Meadowcroft, LRE Capital and D2.

Working alongside Porterfield PR and LSH, PW already has plans in place to make the competition go even bigger next season and will share further news on 2018 soon.