Blockchain: the new phenomenon set to transform the way we work

Got a mental block over blockchain? Don’t worry, it’s not as complex as it sounds. 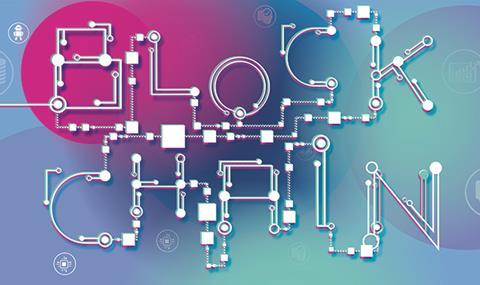 You have probably come across the word ‘blockchain’, but you may not fully understand what it is. That’s hardly surprising given that the people driving the technology can’t agree.

One of the UK’s key investors in blockchain-driven start-ups sums up the situation bluntly. “The blockchain community is up its own arse in terms of its technical complexity,” says Jamie Burke, chief executive at Outlier Ventures & Convergence VC.

“There are incredibly political and heated debates about what is or isn’t a blockchain and the use of it. They need to realise that no one cares about the tech; they care about the value it can bring. They need to shift the conversation.”

And shift it fast. Experts believe that if blockchain were embraced by the property industry, the very existence of agents and banks could be in jeopardy. It could even enable landlords to effectively IPO their assets and create a secondary market of traded shares in them.

If that isn’t enough to get your attention, this revolution is expected to happen in the next five years. In short, it’s worth getting clued up.

So is it really as potentially transformational as advocates suggest?

The basic ramifications of introducing blockchain to property are that it would enable transactions to be done more quickly and make the whole process more reliable and secure.

Think of it like Google Docs - an item is accessible to all the invited members of a particular group, who can adapt the document instantly and simultaneously.

The technology makes a tamper-proof record of all those adaptations, similar to an indestructible version of Microsoft Word’s ‘track changes’ feature: each change or addition is another encrypted block on the chain. Everyone within that group has to comply with certain pre-defined rules that are hard-wired into the group and all can view all the blocks. The data or items in those ‘blocks’ could be anything from money and contracts to information or goods.

“Data is stored in ‘blocks’, similar to pages in a book, which are linked to the previous block in the chain,” explains Thomas Herr, EMEA head of digital innovation at CBRE.

“It provides a mechanism for numerous parties to agree on a set of facts. It removes the need for a ‘trusted’ third party. It prevents those parties from making false statements, since everyone else can check the facts. It also prevents statements from being changed unnoticed after they’ve been recorded, since all parties are alerted to these changes.” 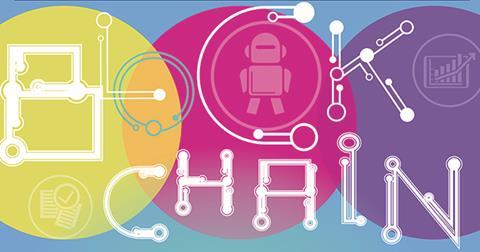 He adds that there are two types of blockchain: private, which restricts the access to specific people, and public, which can be viewed by everyone. Both are set to have a profound impact, says Herr: “Experts compare the potential economic and social impact of blockchain technology with the effect of the inception of the public internet in the early 1990s.”

Like the internet, a big attraction is that it is initially free to use. The basic technology is open source and you can pick and choose what you want without charge.

While to use it effectively applications need to be built on top and that entails some financial outlay, firms are unlikely to balk at that cost when the technology marks such a major step forward, argues a UK tech industry expert who has worked in Silicon Valley for several start-ups.

“There is no question it opens up transformative models for business where parties that don’t know each other and don’t trust each other can work in a trusted environment, where data exchanges can become more transparent and where players who are exchanging a lot of data with one another can do it in a more efficient way,” says the expert.

“The characteristics of blockchain mean we no longer need a centralised, bottlenecked, single-point-of-failure database; we can create a distributed environment in which the network resides in multiple locations and is accessible and visible globally and the information on it is fixed and trusted and becomes the single source of truth.”

New kids on the blockchain

Essentially, blockchain creates a faster, more secure, reliable and fluid system of transaction. It is no surprise then that property firms are expected to be among the early adopters.

“We have spoken to a number of different start-ups in the property space where blockchain is concerned and they are all tackling it from different angles,” says Burke.

Rupert Lee-Browne, chief executive at international payments company Caxton FX, which has created a blockchain payment app, adds: “I think that within five years we will see a significant number of transactions using some form of blockchain technology.”

In fact, it is already happening, according to Saurabh Saxena, founder of residential proptech start-up Houzen. “Some experiments are currently being run by the Swedish land registry Lantmäteriet, which recently concluded phase two of a ‘smart contracts’ pilot [involving a start-up and two banks] to test the technology and its execution risks,” he says.

“The expected benefits to the taxpayer are $100m [£80m]-plus per year. Similar efforts have been initiated in Brazil, Ghana and the republic of Georgia. These pilot projects are expected to yield the rules, structure and legal framework that could ensure a high adoption for blockchain.”

If the UK Land Registry shifted to blockchain, that would certainly be one catalyst to wider adoption. The tipping point for property is likely to come when people see how much it speeds up transactions. It is hard to overstate the potential impact. If all parties conduct business on a digital ledger recorded via blockchain and money is also transferred that way, what normally takes hours or days could take seconds.

“Speeding up transactions is only one of the effects of using blockchain technology,” adds Herr. “Blockchain could also enable smart contracts - contracts that automatically execute certain actions, eg terminating a lease on a certain date or to deliver goods automatically on receipt of payment.”

Similarly, rents can be paid and recorded, with rules in place to automatically pay capital gains tax or other charges. Landlord/tenant interactions can also be recorded, removing the need for tenant references or landlord checks to be carried out.

The blockchain [can] massively reduce lead times, errors and frauds and potentially take agents out of the equation completely - Saurabh Saxena, Houzen

That is just the start. “There is potential for a city, say, to set up a blockchain that anyone who wants to rent out their property has to use,” says Burke. “You then set out your rules within that and any profit generated within that ledger automatically pays taxes.

“I [have been] approached by someone in the property space who is looking at how blockchain may give rise to secondary markets,” he continues. “What you can do is fractionalise the asset. I can let lots of individuals take a stake in my property. You can in effect IPO a property or a group of property. You could transact a pound share, for example, and people could buy and sell that pound share.”

The potential fallout from all of this is that intermediaries become obsolete. “Property agents’ core job is to close transactions at negotiated price points and verify the sources of funds and identities of buyers and sellers,” says Saxena.

“But [that] can be achieved with the blockchain, which may be run by individuals themselves in a shared governance model, thereby massively reducing lead times, errors and frauds and potentially taking agents out of the equation completely.”

It is important not to get ahead of ourselves, of course. It is early days yet for blockchain technology. Bitcoin - probably the best-known user of blockchain technology - has hit a number of bumps in the road since it launched and has not had the revolutionary effect once predicted.

However, a lot of smart people are backing the technology and while they may not agree on the definition, they do agree on the potentially transformative impact - and that it will happen sooner rather than later.