A selection of expert reactions to the key Budget issues that will have an impact on the property industry. 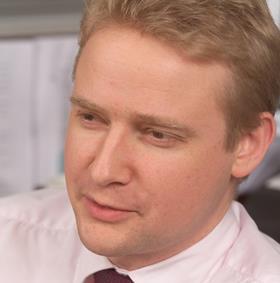 “Our view is that the prime market, especially in London, will be able to absorb a new stamp duty rate at 7%, with domestic and especially international demand for prime London property is likely to remain strong.

“The most obvious question is whether prices above £2m will fall in response to the new rate? There has to be an element of price adjustment, and we would expect tough negotiations around the £2m level. It is important to bear in mind that on average prime London prices have risen by  42%  in price since 2009, with no pause in the increase in values since the introduction of the 5% £1m+ SDLT rate in April 2011. It seems unlikely therefore that the new 7% rate will result in dramatic price changes.

“We are relieved that the Government has heeded our warnings and limited its proposed SDLT changes to high value residential property. Extending a similar treatment to commercial property could dramatically reduce already faltering confidence and liquidity in the commercial property market, which uses various holding structures for various commercial reasons, and risk diverting investment away from the UK at precisely the wrong time.

“While no-one likes to see extra taxes heaped upon property, the Chancellor needed to find money from somewhere to fund other pro-growth measures and so we consider these changes to be the best that we could have wished for.” 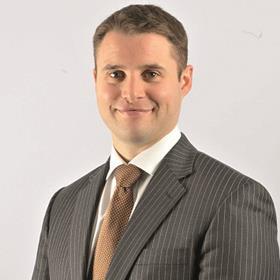 “Increasing stamp duty on properties priced at more than £2m will have a negative impact on transactions at the top end of the market and will disproportionately impact the London property market.  London’s economy relies on being an attractive place for corporate executives to base their businesses; the Robin Hood Addiction can’t go on forever without impacting London’s global competitiveness.” 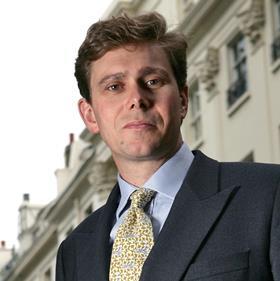 “International buyers acquiring property through complex special purchase vehicles in order to avoid stamp duty were clearly a target for increased taxation and it was expected that some penalty would be brought in- however, 15% seems a very high penalty indeed. No doubt this will deter buyers from using offshore companies to acquire UK property and this will have some affect in dampening the appetite for UK property as an investment class.

“The effect of both these increases will mean that property becomes a less attractive investment proposition for overseas investors and a harder acquisition for those merely looking for a home to live in. A win for the government, a loss for London and the South Eas.” 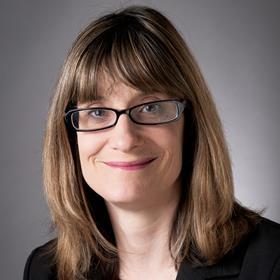 “We endorse closing the offshore stamp duty loophole. Although stamp duty of 15 per cent on homes bought through corporate envelopes appears harsh, buyers can purchase through traditional means and pay 7 per cent. If stamp duty is paid on even a fraction more homes, it will generate significant revenue for the Treasury. It is unlikely to discourage overseas buyers in the medium to long term, as the prime London residential market is still seen as a safe haven for their money while the global economy is recovering. 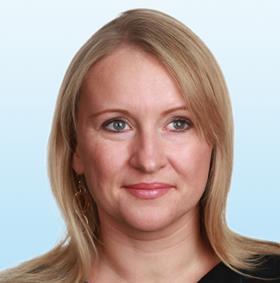 “The announcement on property tax could put off foreign investors who may look to other cities to invest in rather than London. There is evidence already that German cities are seeing increased interest due to the strong rental market, but also there has been little house price growth for some time, hence price expectations have increased significantly. Prices are up last year significantly on the back of foreign demand and there is a lot of interest in the exclusive districts of Munich, Berlin, Frankfurt and Hamburg.” 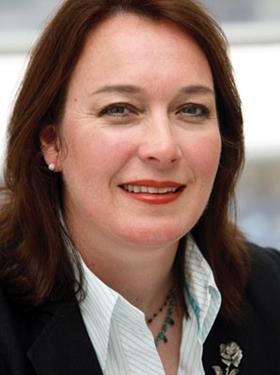 “The £270m increase in the Growing Places fund announced in today’s Budget will provide some stimulus to development in the UK, particularly in the regions where it has been more challenging to bring forward schemes over the last couple of years.

“The £70m planned for London is also welcome as our most recent Commercial Confidence Monitor survey reveals property confidence is still strong there.  The new allocation of Government money should ease pressure on funding for projects. But, I would still expect to see some fundamentals in place.

“These would include speedy planning decisions and a market-led approach to developing schemes which are being brought forward by quality management teams with good track records, backed by the requisite level of pre-lets or pre sales. “ 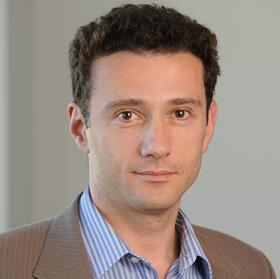 “£150m seems like very small beer after years of preparatory work and the hopes and expectations that have built up around the country for a new instrument that could, if designed well, unleash investment and growth.

“What isn’t clear is whether the £150m referred to represents the capital sum which can be invested in enabling infrastructure, or the element of total annual business rates revenues that the government is happy to see funding the annual financing cost of such investment.  If it’s the latter, that would mean more could be invested in infrastructure.

“It’s also disappointing that, 18 months after TIF was announced as government policy, we have yet to see any detail about how it will work, and we are only promised details “in the coming months” about how the government will decide which schemes get the go-ahead.” 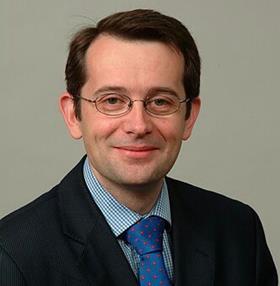 “House building has been one of the biggest victims of the recession so we are pleased this extra funding has been provided, particularly as it has been earmarked for stalled projects which are ‘shovel ready’ but have been unable to progress due to lack of funds.

“By adding to the pot, the government has recognised the housing crisis and has demonstrated its commitment to smaller and medium sized house builders who have been crying out for support for too long.” 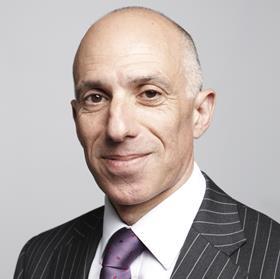 Whilst credit-easing and the Get Britain Building Fund will take effect immediately, other initiatives like infrastructure development will take longer to feed through.  RICS would have liked to have seen a reduction in VAT to 5% on all home, maintenance and repair work and a reinstatement of empty property rate relief up to £18,000 as immediate measures to generate jobs and growth now. 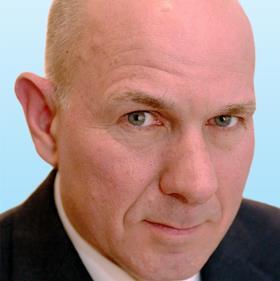 “The headline reductions of corporate taxation rate to 24p and the ‘temporary’ 50% rate should bolster the perception that the government is keen not to erode UK competitiveness in attracting and keeping businesses. This may bring greater certainty to corporates whose investment decisions have been on hold for far too long.

“The emphasis on promoting growth rather than cutting costs is welcome and will perhaps bring greater certainty to businesses evaluating when and where to invest in expansion.” 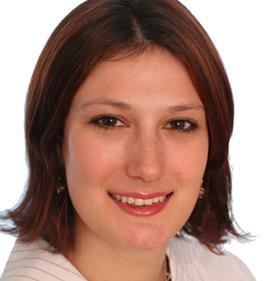 “Jones Lang LaSalle welcomes the simplification of the CRC. This is not a popular piece of legislation for the real estate sector where the split in energy consumption between landlords and tenants makes it difficult to implement meaningfully. However, the majority of landlords and developers remain committed to reducing their carbon footprints.”

“It will be a real challenge for the CRC to be simplified enough to lead to the significant savings in administration costs that the Government is seeking. If it is to be scrapped, it is likely to be replaced with a significant increase in Climate Change Levy and mandatory carbon emissions reporting for listed or large organisations.” 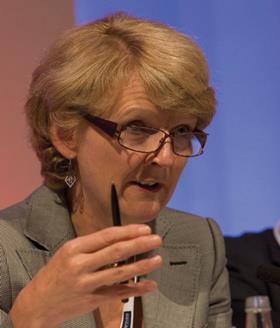 “Today’s announcement of a review to reduce the burden of the CRCEES for business is to be welcomed. We would urge Government to rantionalise the fiscal element of the CRCEES and the Climate Change Levy into a simple retrospective tax on the carbon associated with building energy consumption. The price of carbon under this tax could be set in consultation with the Committee on Climate Change.

“The implications of this proposal would be that much of the administrative burden associated with the scheme would be reduced. This approach would also ensure that participants are not required to make crude estimates of the number of allowances required in advance. 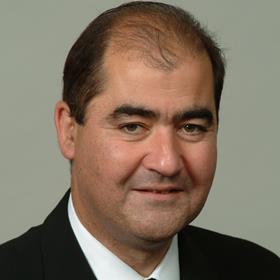 “The real failure is not addressing empty rates today. These measures are uppermost in the mind of every tenant and owner of an empty building and by reintroducing the previous empty rate exemption this would remove the need to demolish these buildings and provide funds for their future redevelopment to stimulate growth. My fear is that the Chancellor has missed an opportunity here.” 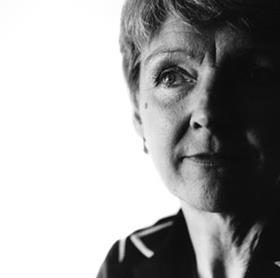 “It is extremely disappointing that the chancellor has ignored the calls from small businesses, landlords and his own backbenchers to provide some relief from this regressive and negative tax, which is choking economic growth and penalising those already suffering from the wider economic situation

“Empty property rates are a major disincentive to carrying out speculative development for small business premises. The benefits of raising the empty property rates threshold would far outweigh the costs, as it would lead to job creation, incentivise investment and stimulate growth.”